‘Never been a better time’ for advice: Morningstar

Speaking at the Morningstar Investment Conference in Sydney on Thursday, Mr Kapoor said “it’s a pretty good time to be an investor” and that advisers are in prime position to take advantage of this.

“There’s never been a better time for great advice,” he said.

Mr Kapoor said clients are seeking more from their advisers but added it has become easier for advisers to meet these increased needs.

“As an adviser, we are now at a time when the expectations on you are really rising materially, but your ability to deliver against those expectations, is also increasing manifold,” he said.

However, Mr Kapoor noted that many advisers feel it’s a bad time for investors despite good returns across multiple asset classes and material reductions in fees.

This, Mr Kapoor said, came down to “two particular points” that were driving negative sentiment.

“One is that even though more people are investing, people are either not saving enough, or to the extent that they are, they’re often not getting the outcome that they desire,” he said.

“The other point they were trying to make is that there’s so much choice, and that choice makes it incredibly difficult for many investors to find their way.”

‘Never been a better time’ for advice: Morningstar 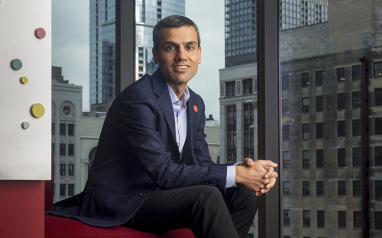