New research conducted by Netwealth has found the industry has become less confident on the impact technology will have on the industry in the last 12 months.

The company’s yet-to-be-released 2018 AdviceTech Research report found the number of advisers who believed technology will impact their business efficiency, compliance, profitability advice quality, staff costs or customer perception of advice has dropped since 2017.

Notably, only 29.18 per cent of advisers believe technology will improve the affordability of advice, down 22.28 per cent on the 2017 report’s findings, though the report acknowledged that this result may have been driven by ‘margin squeeze’ rather than other factors.

“Compared to last year’s results, the capacity for AdviceTech to improve the affordability of advice is seen to have less of an impact,” the report said.

“Scalability doesn’t equate with affordability, which may be indicative of the profit margin squeeze practices face today.”

However, the report found a number of areas where advisers believe technology will “fundamentally alter specific processes and activities” in the next five years.

These included preparation of SOAs, client communications, and investment execution and implementation, the report said.

The AdviceTech Report will be officially launched at the Adviser Innovation Summit in Melbourne and Sydney next week. 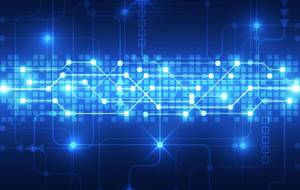