The current $10 billion superannuation shortfall of missed savings could more than double by 2027 if regulatory arrangements are not changed, industry funds have cautioned.

New research commissioned by industry fund AustralianSuper and construction industry fund Cbus Super has found that 2.3 million Australian workers are not being adequately covered by superannuation, amounting to a shortfall of $10 billion missed super contributions every year.

According to the research, these figures will rise, with 3.1 million Australians – or one in five workers – to miss out on $23 billion worth of superannuation payments by 2027.

The rising trend of non-traditional methods of employment has seen many Australian workers either partially or entirely excluded from the current superannuation system, the research said, with women one of the groups hit hardest.

In November last year, a three-year project funded by the federal government and headed by the University of South Australia found women are "generally worse off" in the existing superannuation system.

AustralianSuper group executive for membership Rose Kerlin argued that “meaningful reforms” needed to be put in place in order to avoid running the risk of “leaving vulnerable workers behind when it comes to retirement”.

“The abolition of the $450 threshold and the increase in the super guarantee to 12 per cent as soon as possible are the key reforms needed to ensure the superannuation system keeps pace with the changing nature of work in the economy and ensures members can achieve the best possible retirement,” she said.

“The abolition of the $450 threshold could help up to 1 million Australian workers with second jobs or low-income employees boost their superannuation savings.”

Speaking at the Senate committee on the future of work and workers on 14 May, AustralianSuper strategic policy advocate Louise du Pre-Alba said the $450 threshold had been in place since 1992.

At that time, the superannuation system was designed “in the employment context of predominantly male, full-time, continuous employment” – but this environment was no longer the case, the research found.

Ms du Pre-Alba noted, “The $450 earnings threshold was originally justified to reduce the employer burden of the new super guarantee changes, so the contributions need not be made for those on low incomes with intermittent employment.”

“This can no longer be justified,” she said, pointing to the fact that many self-employed or contracted workers were slipping through the cracks under current regulation.

Cbus chief executive David Atkin said contract work, casual work and self-employment were on the rise but having an adverse impact on workers’ retirement savings.

“Not surprisingly, the construction industry features prominently in the research around those not receiving compulsory super contributions, with an estimated gap of nearly $2 billion a year impacting the retirement savings of nearly 350,000 people,” he said.

“After 25 years of compulsory superannuation in Australia, it is clear there is a large and growing number of Australians not sufficiently saving for their retirement,” Mr Atkin said, pushing for policymakers, unions, regulators and the industry to “come together to discuss solutions”.

Ms du Pre-Alba also pointed to the fact that less super contributions would be “an issue for super investors” as it would lead to “fewer fresh contributions coming into the super”, which would then “affect the way super funds invest”.

“If there is less certainty about those contributions then there is less ability to invest in the higher-earning, less-liquid investments that provide better returns and are more appropriate for a longer-term investment like super,” she said. 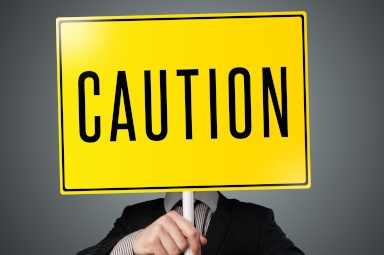