Centuria Life general manager, investment bond division, Neil Rogan has resigned from his role after three and a half years.

In a statement, Centuria Capital announced that Mr Rogan - who has been a longstanding supporter of the IFA movement - is stepping down from his position and exiting the business.

Centuria group chief executive John McBain thanked Mr Rogan for his contribution. “Neil drove Centuria Life’s growth to make it Australia’s third largest player, raise the profile of the product, and bring it up-to-date for a new generation of investors," he said.

“Neil grew Centuria Life by over 22 per cent during his time, and played a significant role in educating the market on this product,” Mr McBain acknowledged.

Replacing Mr Rogan will be Centuria Property Funds head of sales and marketing Michael Blake, who has been with Centuria for two years.

Prior to this, Mr Blake spent nearly 12 years at Cromwell Property Group, where he departed as the head of funds management and executive director.

Between 2000 and 2004, he held the role of national sales manager at HSBC Asset Management as well as a similar role at Mercantile Mutual from 1994 to 2000 before that.

“We are incredibly fortunate to have an in-house candidate with the communications and market knowledge, and financial skills, to step into this role.”

“Michael will build on the strong foundations for evolution and growth put into place by Neil Rogan, who has resigned after a successful three and a half year tenure in the role.”

Noting his own appointment, Mr Blake said he steps into the role “with great excitement”.

“I look forward to further building the success of the business and helping more investors to understand and gain access to this unique product,” Mr Blake said. 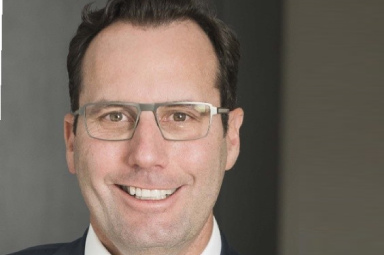