The corporate regulator is cautious of a Productivity Commission proposal that would position ASIC as a “competition champion”, but welcomed suggestions to revamp its mandate.

“An explicit and broad competition mandate for ASIC would ensure we have a clear basis to consider and promote competition in the financial system,” ASIC’s submission report said.

A broad mandate would allow competition to be factored into ASIC’s regulatory decision-making, as well as the capability to “address market failure as a driver of misconduct or poor consumer outcomes”.

ASIC also acknowledged previous instances of “uncertainty” regarding “if and how ASIC could consider competition factors”, but pushed back against the idea of actually regulating competition.

“Having a broad competition mandate – to ensure we can appropriately incorporate competition considerations into our existing role as a market conduct regulator – would not make ASIC a competition regulator,” the submission report said.

“We would not have a role in enforcing competition laws – for example, regulating corporate transactions from a competition perspective or monopolies, bringing abuse of market power cases, or regulating pricing and access regimes.”

The regulator added that it supported the co-operation of different regulators in tackling competition issues and the value of learning from each other.

However, ASIC pointed out that each regulator had its own specified area of expertise and “therefore best placed to assess how competition should be weighed and balanced within its area”.

“While we appreciate the Productivity Commission’s concern to ensure that all regulators give appropriate consideration to the competition impacts of their decisions, we are not sure that the role of the competition champion, as envisioned in the draft report, is necessarily the best option to achieve that goal,” the submission report said.

Furthermore, ASIC highlighted the “significant role” of the Australian Competition and Consumer Commission as a regulator of competition “for the entire economy”, as well as its role as a “competition advocate”.

“We acknowledge and support the ACCC’s establishment of its financial services unit, and the role it plays in the financial sector,” the submission report said.

“ASIC maintains a strong working relationship with the ACCC, and welcomes the ACCC’s views and input, including in our work to encourage positive consumer outcomes through effective competition.” 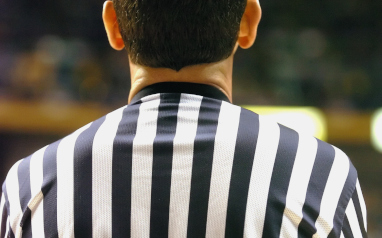