The Reserve Bank of Australia has added its name to the list of organisations calling for a FOFA-style best interests duty to be extended to the mortgage broking industry.

Remuneration and behaviour in the mortgage broking industry has been front and centre for the first round of hearings in the Royal Commission into Misconduct in the Banking, Superannuation and Financial Services Industry.

The hearings – which have uncovered evidence of bribery within banking referral networks, among other crimes – have added fuel to the fire of the recent Productivity Commission report, which urged a fiduciary duty for mortgage brokers and suggested financial advisers may be better placed to offer credit advice and services to consumers.

The suggestion sparked controversy in the mortgage broking industry, with a Commonwealth Bank executive calling the proposal unnecessary and the Finance Brokers Association of Australia slamming it as “ludicrous”.

The financial advice lobby, however, has overwhelmingly supported the proposal and the notion that credit advice providers should be subject to a best interests duty.

In its submission to the Productivity Commission, the AFA has said it supports the proposal to allow advisers to provide credit advice without an Australian Credit Licence, adding that the status quo “adds to cost and complexity”. It also said a fiduciary duty should apply to mortgage brokers.

The FPA also offered support for the proposal in its submission, though it raised a number of adjacent concerns, including that advisers may risk being “tainted” by association with mortgage brokers, who have lower levels of education and professionalism, according to the association.

It argued that the risks of an “inequitable market” for advisers to enter the credit space would be partly mitigated via the introduction of a best interests duty for brokers.

Now the RBA has also backed the proposal, lending the central bank’s weight to the debate.

In its submission to the PC, the RBA said it supports the recommendation to introduce a fiduciary duty for “lender-owned aggregators” and the brokers operating under this model, but added that it would support “extending this to all brokers”.

“While there may be some benefit in enhancing mortgage broker disclosure requirements to consumers to improve transparency, it is important to recognise that some consumers may nonetheless still not fully understand the information provided (given its complexity and the backdrop of consumers not taking out a mortgage frequently),” the RBA submission stated.

“Steps to address the underlying conflicts of interest and misaligned incentives are therefore crucial to improving consumer outcomes.” 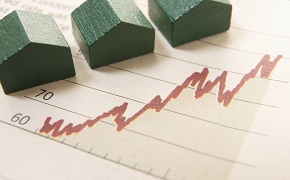