The entry into administration of Sentinel Private Wealth demonstrates the extreme pressure small licensees are facing, an industry analyst has said.

Yesterday, ifa exclusively reported that Sentinel was headed towards liquidation, with its authorised representatives given 30 days to move to new licensees.

Speaking at the ifa Business Strategy Day in Perth yesterday, Forte Asset Solutions director Steve Prendeville said the development is a sign of the times.

"There is a real fragility right now when it comes to boutique dealers," Mr Prendeville said.

Mr Prendeville – who also helps financial advice practices choose the right licensee under the Forte Dealer Solutions umbrella – said the migration away from institutional licensees has been a double-edged sword for smaller licensees.

"Boutique dealers have been the major benficiaries of the migration [of advisers away from institutionally-aligned licensee channels] but this has also meant significant resources in terms on onboarding and has exposed them to greater risks," he said.

Mr Prendeville said the economic pressures facing small dealer groups will be compounded in the event of a regulatory intervention that damages reputation and the bottom line, as was the case with Sentinel, which entered an enforceable undertaking with ASIC in October 2017.

"Dealer groups can survive an EU, many have been through this process and it has actually been a rite of passage and has improved the quality of the business by implementing better systems and processes," he said.

"But at the same time, any regulatory event will invariably have an impact."

The managing director of another non-bank licensee, speaking to ifa yesterday on condition of anonymity, said the risks facing dealer groups are heightened for licensees with fewer than 50 advisers.

ifa understands that the 28 Sentinel Private Wealth authorised representatives were informed of the decision to place the business into voluntary administration at the company's internal conference.

They are expected to make individual decisions about new licensing arrangements rather than move collectively to a new AFSL.

Sentinel entered an EU after an ASIC surveillance found authorised representatives hadn’t completed adequate inquiries into clients circumstances, completed sufficient analysis of the suitability of strategies, defined the scope of advice and had used “generic reasons” to support their advice. 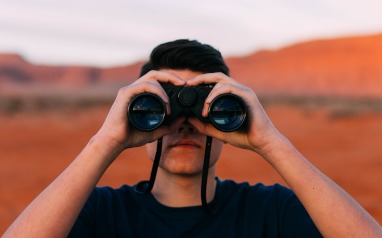