The so-called ‘10-year rule’ in FASEA’s proposed guidance for existing advisers is nothing more than a “red herring”, says FPA chair Neil Kendall following conversations with the authority.

In a wide-ranging interview with ifa, Mr Kendall revealed that the FPA has secured a “verbal confirmation” from FASEA that the widespread perception that degrees completed more than 10 years ago will not be recognised by the body is false.

The confirmation follows comments made by FASEA chief executive and former FPA employee Deen Sanders at the SMSF Association conference last week that the authority had not yet made a “hard and fast rule about it”, and comes despite the guidance clearly stating that advisers who completed a financial planning qualification but "not within the last 10 years" may have to undergo further study.

“The document is difficult to read,” Mr Kendall said. “Reading it and thinking there is a 10-year rule is a reasonable reading. I am assured by its creator [Deen Sanders] that that isn’t what it was intended to be and we’ve taken that at face value and we’ve asked for a written confirmation of that.

“I suspect it’s a bit of a red herring in there. After asking very directly that question, we are convinced that there is not in fact a 10-year rule. The fact that it has been reiterated at the SMSF Association [conference confirms] there isn’t a 10-year rule.”

Asked whether FASEA may have changed course following negative feedback from the financial advice industry, Mr Kendall would not speculate but said the FPA position on the matter was clear.

“If there was a 10-year rule, the FPA would be against it. You can bank that,” he said.

The FPA has today released a fact sheet outlining potential pathways for existing advisers to compliant levels of further education. The document can be accessed here: https://ifa.com.au/pdf/FASEA_Education_standards_factsheet_V2.pdf

Listen to the full interview with Neil Kendall: 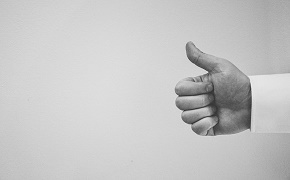