Around one-quarter of Australians haven’t planned for a longer life span despite advances in life expectancy, according to a new report.

New research by National Seniors Australia indicates that around a quarter of Australians haven’t planned for a longer life span, despite the average life expectancy at 65 increasing markedly since the 1980s.

Further, those who had planned still hadn’t planned for the final phase of their lives.

He explained that “earnings from 40 to 50 years of work may have to cover 80 to 90 years of life, but medical and aged care bills tend to get higher as we get older and few people are ready for this”.

“There’s also an obvious contest between spending on leisure activities such as travel, versus providing for better care. Australians have a negative view of later life and don’t think seriously enough about it,” Professor McCallum said.

The report, titled Hope for the best, plan for the worst? Insights into our planning for a longer life, argued that there is “limited availability and take-up of financial products that can assist individuals to efficiently manage the risk of outliving their savings”.

“The majority who are [planning for extended life spans], are planning for even spending over time, like using a wage, rather than for more in their later years when their needs will be highest,” the report said.

He noted that people who did not have enough saved could be depressed, or even suicidal.

The research highlighted the story of an 83-year-old woman who did not have enough saved.

She said: “I know my money will run out before I die. I can only hope that I am struck by a bus before I become feeble and can’t care for myself.”

Reflecting on this, Professor McCallum said people need to have “clear direction and help” when planning for retirement. 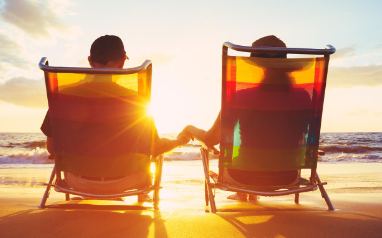