Dover Financial Advisers has strengthened its in-house compliance team with the appointment of two new lawyers and has responded to external criticism of its current systems and procedures for vetting non-compliant advisers.

Speaking to ifa in response to recent comments from readers, Dover adviser relations manager Peter Thompson said many within the industry did not understand the company’s model, and that some contested its adherence to the independent label.

“There’s a lot of debate at the moment about who should be able to use the definitions of independently-owned,” Mr Thompson said.

“There’s a lot of our competitors that are still debating this topic and because they actually are paid in some way by a product even though they don’t like to admit it, they can’t call themselves independently-owned. They’re acting like a pseudo-institution anyway.”

Additionally, Mr Thompson dismissed claims that Dover was a “dealer group of last resort”, and advisers that Dover has licensed after having “been shown the door” by institutions typically left their previous licensee because they haven’t met the KPIs and other requirements imposed on them by those licensees.

“We’re a dealer group for advisers who might not necessarily meet the requirements of an institution that requires new business to be written year on end,” he said.

“For advisers that want to write 150 SOAs a year and be very active within financial planning and potentially with those kinds of high volumes, maybe cut corners, we’re not the dealer group for them – and there’s no incentive for us to take on that much work anyway.”

Mr Thompson also agreed with comments made by Steve Prendeville of Forte Asset Solutions and that screening advisers is critical for dealer groups.

“[Steve] makes an interesting point, and hence why we do a lot of reviews of advice that comes through the business,” Mr Thompson said.

“It doesn’t make any sense whatsoever that a dealer group would complete an audit once a year, which includes three SOAs, identify issues within those SOAs and then be ignorant to the fact that those issues aren’t also occurring in every other SOA, close that file and then wait another 12 months to review another three files. 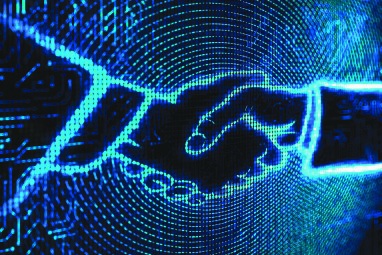