A new mobile app has been launched aiming to help financial advisers build a client base in the Chinese-Australian community.

The platform has 300,000 Chinese-speaking users and has now been opened to the financial services industry, according to a statement from Grei chief executive Philip Peng.

“The saying that ‘it’s not what you know, but who you know’ applies doubly when doing business with the Chinese market. The launch of Grei will open up doors for service providers to connect with Chinese-Australian investors.

“Essentially, Grei will be acting as a trusted intermediary, and users will have the reassurance that any service provider listed on the platform has been rigorously checked and vetted beforehand.” 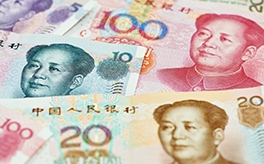 The big four bank has estimated it will be paying around $8 million to around 8,...

FASEA has conceded that its code of ethics is difficult for compliance managers ...

The majority of claims made under retail life insurance policies are now able to...