CommInsure has written to advisers and licensees informing them of upcoming changes to its retail distribution offering, with some redundancies expected.

A Commonwealth Bank spokesperson confirmed to ifa that a number of “small changes” to the life insurance business have been made, citing a “competitive insurance market” as a driving factor.

ifa understands that as many as 40 CBA staff members may be affected by the changes, with some sources speculating that the number is as much as double that, and a number of exits from the group are expected.

Efforts are being made to find positions for some affected staff members within Australia’s largest banking group, though a number of senior distribution staffers are seeking employment outside CBA, according to sources with knowledge of the matter, speaking on condition of anonymity.

The revelation follows an email from CommInsure executive Olivia Sarah-Le Lacheur to the life company’s stakeholders on 16 June, seen by ifa, in which advisers and licensees were assured that upcoming changes will not adversely affect the relationship.

“In response to the changing market conditions and our intentions for the customer and adviser offers, CommInsure is making changes to its retail advice distribution team,” Ms Sarah-Le Lacheur wrote.

“In making this decision, I want to assure you that CommInsure remains committed to you and your advisers.”

Ms Sarah-Le Lacheur stressed that state-based leadership and national account management roles would not be impacted, but that advisers and licensees in NSW and Victoria may “experience a change in which dedicated BDMs service them”. 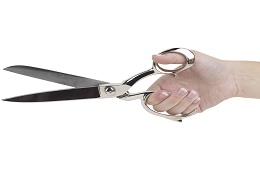