A Roy Morgan survey has revealed that financial advisers have maintained a consistent rating for ethics and honesty, still below accountants but higher than stockbrokers and insurance brokers.

According to Roy Morgan’s Image of Professions Survey 2017, 25 per cent of respondents rated financial advisers either ‘high’ or ‘very high’ for ethics and honesty, down 2 percentage points from last year.

“The ethics and honesty of financial planners has been remarkably consistent since being introduced to the survey for the first time in 2010,” the survey said.

Of all the financial professions rated in the survey, accountants lead the way with 50 per cent of respondents rating them ‘high’ or ‘very high’ for ethics and honesty, down 1 percentage point from 2016.

Accountants have been the preferred financial-related profession for 26 years (since 1991), the survey noted.

Bank manager received a 33 per cent rating for ‘high’ or ‘very high’ ethics and honesty, up 3 percentage points from last year.

“The improvement for bank managers came despite the recent federal budget levying a new tax on Australia’s largest banks, which was announced only two weeks before this survey was conducted,” the survey said.

The survey was conducted over telephone with 648 Australian men and women aged 14 and over on the nights of 22-24 May. 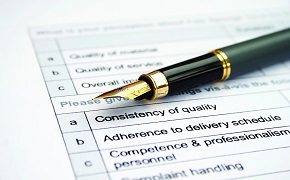