Overall sentiment among active life insurance advisers has improved slightly, breaking a continuous downward trend over the last several years, according to new research from Zurich.

The Risk Adviser Sentiment Index research, conducted for Zurich by Lewers Research, revealed a small improvement in overall adviser sentiment, driven by modest improvements across four of the five metrics tracked by the study, according to a statement.

Conducted through February 2017, the survey of 209 Australian financial advisers found a 12-month improvement in sentiment around current and anticipated sales volumes, the life insurance regulatory environment and long-term practice viability.

Consumer demand for life insurance was the only metric to decline over the survey period, falling marginally, the statement said.

Zurich head of distribution, life and investments Kristine Brooks said that, while the improved sentiment was encouraging, the index is still far from the historical high recorded in December 2013.

However, she added that it’s encouraging to see that the downward trend of the last few years appears to have been arrested.

“There is no doubt that many advisers perceive the recent, ongoing media coverage of the sector has weakened consumer confidence in, and demand for, life insurance,” Ms Brooks said.

“Whilst some elements of the recently passed Life Insurance Framework legislation clearly remain contentious, there is at least an increased sense of clarity around the future market landscape, which allows advisers to re-align their businesses with more certainty.” 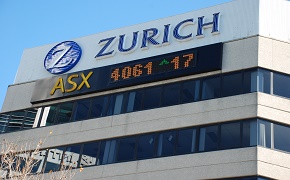