Several industry lobby groups have rejected a policy suggestion that would allow young Australians to access their superannuation to purchase their first home.

In a statement yesterday, the Financial Services Council said it was “deeply concerned” that the government has not ruled out this suggestion.

“Withdrawing superannuation savings to buy a house – especially when house prices appear to be at the high end of the cycle in the major states – will not help first home buyers into the market. It will only further fuel the increase on house prices,” she said.

“We do not support diluting people’s retirement nest eggs to solve a housing affordability problem.”

“Although it is tempting to view superannuation savings as a tool for fixing policy problems, it is essential that superannuation is maintained to meet its sole policy purpose – to give people security and dignity in retirement,” she said.

“Making superannuation available to housing would be akin to opening Pandora’s box; super would be seen as a cure-all for every social issue.

“The proposal to allow people to access super to fund housing purchases would only see greater demand for housing stock, driving prices higher, achieving the exact opposite of what proponents of this proposal seek to achieve.”

Meanwhile, Industry Super Australia chief economist Stephen Anthony suggested the focus should be on “land release regulation and tax subsidies that fuel investment in existing property rather than new buildings”.

“This proposal could reduce retirement savings and drive up housing prices while doing nothing to address supply,” he said. 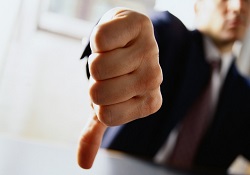