There is an external risk impacting advice firms that will lead to major losses in passive clients if unaddressed, according to a consultant.

Speaking at the ifa Business Strategy Day in Sydney this week, Elixir Consulting managing director Sue Viskovic said income from passive clients – clients not actively engaged in the advice process – is declining over the long-term.

She referred to the decline as ‘legacy income attrition’.

“This is probably one of the sleeping giants impacting financial advice businesses at the moment,” Ms Viskovic said.

“When we start looking at the long-term impact of this legacy income, these are the passive customer trail books that I'm talking about, it's declining.”

Ms Viskovic said she had a shift in her thinking regarding passive clients following a presentation in San Francisco in September last year, where Financial Simplicity independent director Richard Arnold spoke about the future of advice.

She recalled Mr Arnold saying then that there were no less than 800 tech startups in Silicon Valley gunning for the business that financial advisers have.

“These are well-funded startup businesses that are creating new ways to help people engage with their finances and make their decisions about money,” Ms Viskovic said.

“Those 800 companies, they're the ones you've got to be worried about because of legacy income attrition.

“Those disengaged customers are the ones that they're going to service much better than you can, and that's great, but it will have an impact on your business if you don't seriously do something to replace that income.” 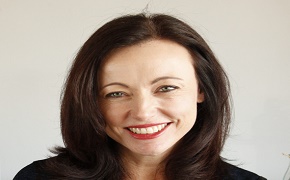