Financial services giant IOOF has reported a 45 per cent decrease in its statutory net profit after tax for the half financial year after making a number of divestments in its financial advice businesses.

IOOF has reported a statutory NPAT of $74.2 million for the half-year ending on 31 December 2016, down from $134 million in the prior corresponding period.

Part of the profit derived from divesting businesses in its advice arm, including Shadforth GI Brokerage WA and select Shadforth Business Advisory Services.

Some Bridges and Lonsdale practices were also sold back to advisers while Western Pacific was transferred to Consultum.

These divestments had resulted in a profit of $17.4 million, but the loss of revenue from these businesses had an impact on the company’s underlying net profit after tax (UNPAT), said IOOF chief financial officer David Coulter.

“When you consider that those businesses would generate in a given half-year, had they run the course, around a $4 million underlying profit after tax, you can see the sort of impact that’s had,” he said.

“But we regard this as having generated significant value in that it focuses our business on what we do best, and that the realisation of value from these assets has been conducted in a thoroughly commercial and orderly manner.”

IOOF managing director Christopher Kelaher said these divestments had an impact on UNPAT of $3.3 million versus the prior comparative period, but described them as “strategic, pragmatic divestments of non-core assets”.

A Credit Suisse analyst told Fairfax Media that more clarity is needed around these divestments announced by IOOF.

At the same time, Mr Kelaher said IOOF has received a record level of interest in its advice group. He said the company had received over 30 applications from experienced advisers from other institutional licensees. 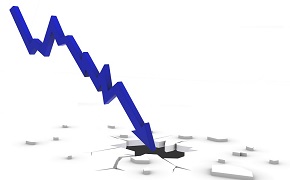