Two Sydney-based advisers have made 11th-hour submissions to the life insurance inquiry suggesting the government reconsider the Life Insurance Framework bill before likely passing it through Parliament soon.

ANZ-aligned adviser Nick Arkoudis, who is the director of Your Life Umbrella, said in his submission that the government should talk to “the qualified professionals who are [at the] front line and deal with consumers”.

“I run a [privately-owned] small business, which I will no doubt have to downsize or eventually close down with the LIF reforms,” Mr Arkoudis said.

“Having to pay fees to access risk insurance advice is in the consumers’ worst interest and will force many to have to buy overpriced and poor quality products directly without adequate advice.

“Not one customer has disputed my remuneration in advising close to 500 life insurance policies. They are more concerned about my advice and solution to them.”

GPS Wealth-licensed adviser Greg Newton, owner of Pathway Wealth Solutions, said in his submission that the parliamentary joint committee on corporations and financial services should consider whether it has fully understood the problem of ‘churning’ before passing LIF.

“Before both sides of Parliament change the operating landscape so dramatically, wouldn’t you think it be wise to quantify how much ‘churn’ there actually is in the industry,” Mr Newton said.

“I don’t propose to bombard you with a form letter, rather I simply ask that the committee members consider whether they actually have an understanding of what the much discussed ‘churn’ problem is, how it’s been defined and reported by insurers, and the actual prevalence of ‘churn’ in the financial advice industry.

“After all, ‘churn’ and ‘poor’ advice was the basis of the flawed ASIC report into the life insurance industry.”

The LIF bill was reintroduced into Parliament in October 2016. It passed the House of Representatives unopposed in November 2016.

While Parliament is set to begin sitting next week, it is not yet known whether LIF will be on the agenda, said a spokesperson for Minister for Revenue and Financial Services Kelly O'Dwyer. 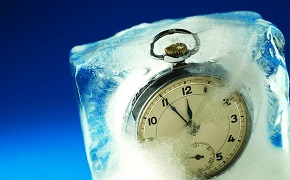