A Zurich and Beddoes Institute study has revealed the most important advice innovation tools that practices plan on implementing and updating into next year.

The study, Designing the Future 2016-17, identified the top advice tools that practices planned on using for the first time over the next six months.

Of the advice tools already implemented by practices, 44 per cent said they planned to update their business plan, while 40 per cent planned on updating their referral partner strategy.

Around a third of practices also planned on updating their client communication plan as well as their marketing plan, at 36 per cent and 35 per cent respectively.

The study noted there is widespread evidence that the proposals to cap adviser remuneration have seen advice practices increase their focus on advice innovation tools.

“Undoubtedly, this agenda is shaped by the sheer volume of disruptive change advisers are currently experiencing, especially those active in the life insurance advice sector,” the study said.

“These disruptive forces are bigger than just proposed remuneration changes; they are forces which will fundamentally change the nature of how people engage with advice, the professionals providing that advice and the underlying product solutions.” 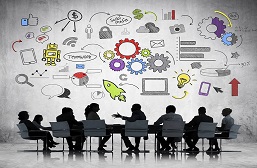