Aussies need to plan ahead for divorce, AMP says

New research by AMP has found that it takes five years for divorced couples to recover their financial position, highlighting the importance of planning.

According to the latest AMP NATSEM report, divorce not only decimates savings and assets but threatens the ability for many to get back into home ownership, accumulate adequate superannuation and provide desired education outcomes for their children.

“This lack of planning, combined with the significant disruption and emotional distress of a divorce, often means finances are a lower priority and mishandled during a separation.

“And with Australians now tending to divorce later during our mid-40s and prime wealth accumulating years – the long-term financial impacts can be considerable.”

The research found that divorced parents between 45 and 64 years old have 25 per cent fewer assets than their married counterparts. Further, super balances for divorced mothers are 68 per cent lower than those of married mothers, while on average divorced mothers have 37 per cent less super than divorced fathers.

It also found that five years after a marriage breakdown, divorced fathers aged between 45 and 64 years old often still have 60 per cent less superannuation than married fathers.

More than 20 per cent of newly-divorced mothers are struggling to afford basic items including school uniforms and leisure activities, the report states.

Mr Sainsbury said this highlights the importance of financial planning.

“A marriage breakdown is devastating for your finances in the near term and its impact can continue into old age and have serious consequences for financial living standards and retirement prospects later in life,” Mr Sainsbury said.

“Being financially independent and actively engaged with your finances and planning ahead for financial challenges such as divorce can go a long way towards reducing its harmful effects.”

Aussies need to plan ahead for divorce, AMP says 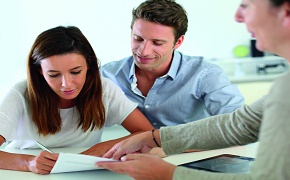