Financially stressed employees are costing Australian businesses an estimated $55.2 billion in lost productivity, according to a 2016 national financial fitness report.

According to the Financial Fitness of Working Australians 2016 Report commissioned by Map My Plan, 25 per cent of Australian workers spend more than three hours a week worrying about their personal finances at work.

Map My Plan founder Paul Feeney said those who are particularly worried, and often doing it tough, include renters, casual workers, women and Generation Y.

“We’re seeing a worrying trend in the rise of the renting underclass – 37 per cent of renters are having difficulty making ends meet and 40 per cent say their finances are a major cause of stress,” Mr Feeney said.

“The differences between women and men are particularly pronounced among those experiencing severe financial distress, with more women experiencing acute financial hardship."

The research also revealed substantial differences between the generations.

According to the report, despite their reputation for frivolous spending, Generation Y workers are more financially fit than Generation X. Gen Y are also most likely to be saving more than 10 per cent of their income each month, have income protection insurance and have a comprehensive or rough financial plan, the report said.

Having a financial plan reduces financial stress, the research confirmed.

According to the report, 66 per cent of people with a comprehensive financial plan reported that they were not stressed about their personal finances.

“While many employers no doubt see the management of their workers’ finances as a personal issue, the impact on business is huge. Helping workers’ improve their financial literacy and management is a sound investment and a great thing to do for your workforce,” Mr Feeney said. 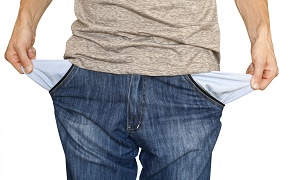