One bank to repay the most in advice fee failure

One of the big four banks will be expected to pay more than half of the $178 million compensation total that ASIC estimates was charged by major institutions to clients for advice never delivered.

Yesterday, the corporate regulator announced it found thousands of instances at AMP, ANZ, CBA, NAB and Westpac advice groups where customers were being charged a fee for ongoing financial advice services they did not receive.

According to ASIC’s report, CBA is estimated to pay back the most at $105.7 million. ANZ will compensate clients $49 million, while NAB is expected to pay $16.9 million.

AMP and Westpac are expected to pay $4.6 million and $1.2 million, respectively. A total of $23.7 million has already been paid, or agreed to be paid, to over 27,000 customers by the banks, ASIC said.

Speaking to the media yesterday, ASIC deputy chair Peter Kell noted that different entities are at “slightly different stages” in terms of their work on estimating how much will be have to be repaid.

He said it is possible that the compensation total will rise.

“Several of the institutions are still halfway through some of their reviews and some of their checks that they’re undergoing,” Mr Kell said.

The report also found some licensees had considered their ongoing service obligation was satisfied if an adviser had attempted to offer an annual review by making three unanswered phone calls.

Another licensee had charged customers ongoing fees for record-keeping, despite advisers already being required to do so, ASIC said.

Mr Kell said while the majority of these “failures” occurred before the FOFA reforms were implemented, it does not reduce the severity.

“Our objective is to get this money back into the pockets of customers as fast as practicable,” he said.

“We are emphasising to all of the licensees that they need to give this very high priority and we will be providing an update on how the compensation within different entities is progressing by the middle of next year.”

Responding to the report, the Australian Bankers' Association (ABA) said the issue related to "problems with legacy manual systems and processes".

"It is disappointing that the administrative errors responsible for this problem were allowed to occur. The banks involved acknowledge that their compliance systems and record keeping were inadequate," said ABA executive director for retail policy Diane Tate.

CBA has also responded to the report, saying it has been working to identify and remediate customers since 2014 and has already commenced refunding customer fees.

Group executive, wealth management Annabel Spring said, “We apologise to our customers who did not receive their annual review.

“We are working hard to complete our review of customers and have commenced contacting customers to refund fees, wherever our records do not show that an annual review was provided.

“We will continue to look across our business for areas where we may have made mistakes and put things right for customers.”

ISA chief executive David Whiteley dismissed the ABA's claim that the compensation is the "mere result of 'technical' issues". Rather, he said, they reveal "systemic failures which span a number of years".

"The ASIC findings are another shocking insight into the governance of Australia’s major banks. It is instructive that the banks vigorously lobbied against laws that prohibited this type of misconduct," Mr Whiteley said.

One bank to repay the most in advice fee failure 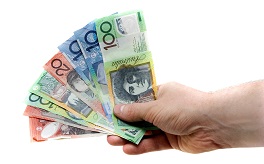