Connect Financial Service Brokers chief executive Paul Tynan said in a statement the financial planning and accounting industry associations have struggled to communicate the importance and need to position practices for exit and succession.

He said many financial advisers are holding on to their businesses until their late 60s or 70s for a buyer and then being forced to sell as illness, medical issues or death take their toll.

“There is definitely a significant subset within [the Baby Boomer] demographic with resistance to change firmly ingrained in their DNA and have been consistent reluctant adapters to modernise,” Mr Tynan said.

“When the reluctance to change and modernise is combined with an emergency exit the result is a succession planning disaster.”

Mr Tynan cited the story of an accountant in his 70s that had been trying for many years to sell his business without success.

Last month the accountant died suddenly resulting in the family losing their husband and father and putting the value of the business at great risk, he said.

Mr Tynan said that breaking down the barriers and resistance to change is going to take an effort that goes beyond workshops and conferences to get the job done.

“How the government, industry professional associations and business owners cope with succession planning is open to many questions,” he said.

“Perhaps a program as dramatic as the road safety commercials is the only means of shocking the recalcitrant planners and accountants into action.” 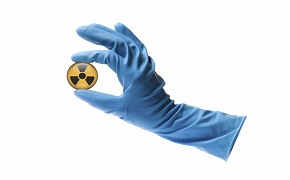