The push by LICG member Mark Dunsford to change the AFA constitution failed yesterday, but not before he attempted to withdraw the special resolution at the start of the extraordinary general meeting.

Following the meeting yesterday, the AFA announced that out of 842 votes, 620 (74 per cent) were against the association withdrawing its support for LIF while 222 (26 per cent) were for. About 138 members attended the meeting while the rest had voted via proxy.

“I think for us as an association, the thing that came out of this is that here is a resounding voice from our members and that they support what the board is doing,” she said.

Ms Kent said at the start of the EGM, however, there was a discussion to withdraw the resolution and cancel the vote. She said this discussion was led by Mr Dunsford, who had originally called for the EGM to be held.

“But as the chair, I accepted the resolution on behalf of the association,” Ms Kent said.

“We as a board made a decision that there was a lot invested into this. It was kind of too late and there were a lot of members who had voted via proxy both against and for.

“We felt that the democratic process should take its place and allow the resolution to be upheld, and then debated and voted on.”

In August, Mr Dunsford, director of NOW Financial Group, submitted 188 valid subject forms to the AFA formally requesting an EGM to propose an amendment to the AFA’s constitution regarding the proposed reforms.

The LICG had backed the EGM call, arguing it would have provided the AFA an opportunity to start over in the LIF reform process. 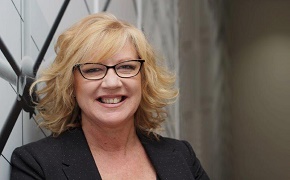