DEXX&R research has found that, overall, Australian funds under management and advice (FUM/A) saw little growth in the 12 months to June 2016.

Australian funds under management and advice (FUM/A) saw little growth overall in the year to June 2016, according to research house DEXX&R.

The retirement income segment of retail super and investment markets saw the biggest growth, with a 2.1 per cent increase in FUM/A, while employer super was the poorest-performing segment, with a 1.7 per cent decrease, DEXX&R said.

“Across the major retail segments, multi-sector returns for the 12 months to 30 June 2016 averaged 1 per cent, Australian shares 0.5 per cent and international shares negative 3.0 per cent,” the firm said.

AMP appears to have been the best-performing manager, with a 6.2 per cent rise in FUM/A, but DEXX&R noted that “a significant portion of AMP’s increase” was the result of a reclassification that saw the inclusion of additional FUM/A not reported in the previous quarter.

The Commonwealth Bank saw a 1.9 per cent decline in its FUM/A in the year to June 2016, down to $138.5 billion, although the bank did record increases both in its retirement income and its non-super retail investments. 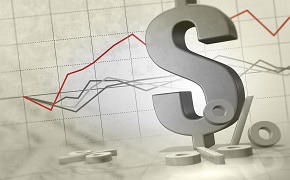