Research by Roy Morgan has found that superannuation is playing an increasing role for retirees as the number of Australians intending to retire within the next 12 months has increased.

Roy Morgan research industry communications director Norman Morris said many intending retirees have a substantial proportion of their funds outside of superannuation, with this possibly being due to their not understanding the benefits, not qualifying or being unsure about the rule changes around super.

“Superannuation is a very long-term investment which presents a major challenge to engage young people, a task made even more difficult if there is uncertainty about what the rules will be regarding access to funds in 30 years or more,” Mr Morris said.

“There will be a major education role for government to make clear what the rules are, particularly when the current proposed changes have been sorted out.”

The research said the overall conclusion is that intending retirees will be relying on government benefits for some time yet, noting that the Association of Superannuation Funds of Australia (ASFA) estimates that an individual would need $545,000 and a couple $640,000 for a ‘comfortable lifestyle’.

“Given the very low interest rates at the moment and the level of economic uncertainty, the amount required to fund retirement is likely to rise well above these levels,” the research said.

“This is likely to negatively impact the proportion who become ‘self-funded’ retirees and as a result place more reliance on government benefits.” 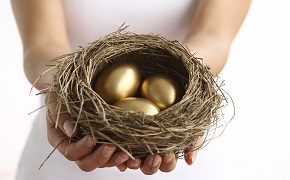