The tarnished reputation of advisers in Australia is turning “a lot of people” off from seeking financial advice, according to the chief executive of a major mortgage broking firm.

Mortgage Choice CEO John Flavell told ifa's sister publication, The Adviser, that “any industry suffers when the behaviour of a small number of people tarnishes the reputation of the whole industry”.

“The sad thing is that when you get damage done to the reputation of an industry like that, a lot of people that could really benefit from advice don’t get it.

“That’s a problem, because the data shows that people who get good advice early and act on that advice do a whole lot better over their financial life,” Mr Flavell said.

However, he believes the Future of Financial Advice (FOFA) reforms, introduced in July 2013, have helped put protections in place for consumers.

“The changes that were made — in relation to commissions being removed, and fees for advice being charged to investment, among other things — were really, in simple terms, about customers’ best interests and delivering better outcomes for consumers," Mr Flavell said.

“Some of the things that we are seeing now [in relation to investigations and penalties for misconduct] were from before the FOFA environment began. If it were a FOFA environment that [they] were working in when that advice was being given, those negative outcomes for consumers would not have transpired.

“It hurts and it pains me to see things like that happen and damage reputations," said Mr Flavell, "but I think the industry and the regulatory are working far more effectively now and I think consumers can have a high degree of trust in relation to the advice they are receiving and the outcomes that they get on the back of that advice.” 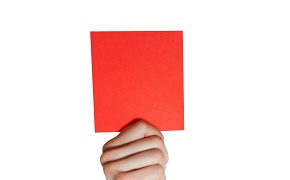