Despite the result of the recent federal election, a "fractured and fractious" Senate will make passing the proposed superannuation reforms a challenge, says IOOF.

In the lower house, many of the government's proposals are likely to receive the support of the ALP, including the $1.6 million cap on pension assets and the removal of work and employment income tests, according to IOOF national manager for technical services, Kate Anderson.

Where the proposals are likely to meet resistance in the House of Representatives, however, is around the retrospective nature of the $500,000 lifetime cap on non-concessional contributions, which would take into account contributions made from 2007 onwards.

“The retrospective nature of the $500,000 lifetime cap makes it difficult to get through the Parliament easily; the ALP has already said it will not support retrospectivity, but so far they have not objected to the lifetime cap itself,” Ms Anderson said.

Ms Anderson also noted that the proposal to cap concessional contributions at $25,000 from July 2017 is likely to meet with resistance.

“Currently, those turning 50 or older have a cap of $35,000 and the reduction will seriously impact those who intended to make catch up contributions prior to retirement,” she said, adding that lowering the cap would also adversely affect women.

“This should be seen in the context of the huge gender gap in superannuation benefits. Lowering the concessional contributions cap to $25,000 will reduce the opportunity for many older women to make catch up contributions when they can afford to.”

Even if the reforms win backbench approval, she continued, “the next step is to get it through the Parliament, and especially the fragmented and fractious new Senate”.

“The government will probably need the support of the ALP Senators, who agree with most of the super reforms, other than any retrospective elements; other Senate parties are not as close to the government’s position,” Ms Anderson said.

Regardless, she argued that the “important thing” for financial services was for the government to “consult as widely as possible on implementing the superannuation changes”.

“There are practical consequences involved and getting the best outcome for super fund members should be the priority,” she said. 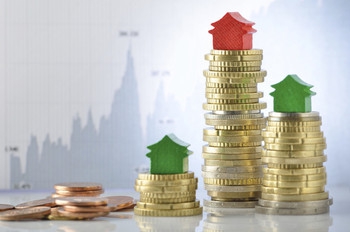