In an XY Adviser webinar recently, Mr Fox said he expects the licensee space to "change incredibly” over the next couple of years.

“Licensees will have to find additional ways to provide value to their advisers," he said. "More advisers are already heading down the self-licensing path.

"Whether that’s a good thing or a bad thing, I’m not sure; but larger licensees, perhaps those with more than 50 advisers, are going to need to have very good value propositions about how they bring efficiency and coaching and development to their advisers to have a competitive offer.”

Last week, ifa reported that another well-known financial adviser, Jenny Brown of JBS Financial Strategists, had obtained her own AFSL.

Mr Fox said that while he does not support licensees that are subsidised by a product, there are ways in which a vertically integrated model can work.

“I’ve never liked the thought that a licensee is subsidised by product. I don’t like that idea and I would like to think that one day, not too far down the track, that can stop,” he said.

“But there are aligned models and when I was in one of them, I certainly didn’t feel constrained at all by the ultimate owner of that licensee. I often went outside the APL when I needed to and didn’t get contested on that.

“It’s not the vertical integration model per se that is a problem; no matter who the licensee is, they’ve got to have a good value proposition.”

At the same time, if advisers feel conflicted within their dealer group, they should rethink their choices, Mr Fox said.

“I think individual advisers need to make their own very strong choices about how they fit in the ecosystem of financial advice… If they feel that they’re conflicted, they have to make a change.

“That’s their own brand, their own professional stance,” he said. 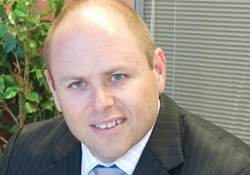