The banking, finance and insurance sector rated poorly when it came to perceptions of ethical standards, a survey by the Governance Institute of Australia has found.

The institute's inaugural Ethics Index rated banking, finance and insurance third lowest for ethical behaviour among the 11 sectors surveyed, although individual occupations within the space were not necessarily rated as poorly.

Financial planners rated in the middle, with a 37 per cent ethical rating and a 30 per cent unethical rating, leaving the profession with a +7 net rating.

Accountants rated the best, while mortgage brokers rated the worst, with a +30 and a -1 net rating respectively.

Of the organisations within the sector, industry super funds were seen as the most ethical, with a +29 net rating.

However, pay day lenders rated the worst within the sector, with a 16 per cent ethical rating and a 63 per cent unethical rating, leaving the profession with a -47 net rating.

As for membership associations, the FPA had a 40 per cent ethical rating and a 22 per cent unethical rating, giving the peak body a +18 net rating.

The survey also found that executive salaries and bonuses are seen as a topic of ethical importance within the banking and finance sector, with 60 and 56 per cent respectively rating them as important.

This was followed by bribery and corruption (48 per cent), treatment of customers (45 per cent) and insufficient regulation (44 per cent). 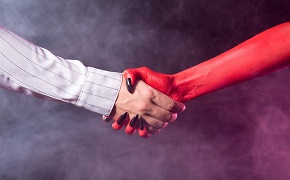