A sacked ANZ trader, who in January sued the bank for having a “toxic culture”, has dropped his lawsuit, the bank has announced.

In a statement yesterday, ANZ said Mr Alexiou has now also dropped his lawsuit and received no money from the bank.

“The closure of this case means all legal action initiated by employees who were dismissed in late 2015 for serious breaches of our Code of Conduct has been withdrawn,” ANZ's group chief risk officer, Nigel Williams, said.

“While it’s disappointing our business and our people have been unfairly subjected to a series of unfounded claims, ANZ will continue to take an uncompromising stance to legal disputes of this nature where it considers them to be without merit.”

ANZ said in January that the two former employees were dismissed in 2015 for serious breaches of the bank's code of conduct, policies, and values.

According to the bank, Mr O'Connor's dismissal stemmed from company-issued credit card abuse, while both he and Mr Alexiou engaged in "highly inappropriate and offensive electronic communication".

"Mr O'Connor and Mr Alexiou's claims are difficult to read for all of us at ANZ but common sense says their behaviours are not consistent with our Code of Conduct and cannot be tolerated," Mr Williams said.

"We want to be known as a bank with a strong focus on culture, ethics and fairness that our staff and customers can be proud of. We will continue to take the appropriate action to support and build our reputation for corporate responsibility." 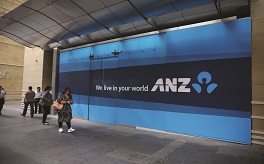