The FSC has announced the commencement date for the new life insurance Code of Practice has been pushed back to October 2016, after consultation with consumer groups revealed areas requiring further development.

In a statement, the FSC said the Code of Practice, which was a key recommendation of the Trowbridge Report, was previously on track to start on 1 July 2016.

“After consultation with stakeholders including consumer groups, an additional three months will be required to develop a code which is robust, easy to understand and will genuinely assist consumers,” the statement said.

“After consulting with consumer groups, the FSC has identified areas where the code's standards could be further developed – in particular, focusing on sales practices and claims handling.”

ifa reported in March that the FSC moved to involve consumer groups after questions were raised about the life insurance sector's ability to self-regulate.

The FSC added that the original timetable had provided for a 12-month period for insurers to transition to compliance under the code by 1 July 2017. That date will remain and the timetable will be shortened, the statement said.

“To ensure that consumers are not impacted by the additional time taken by the FSC to finalise the code, the transition period will be shortened so that all insurers will still be compliant with the code standards on 1 July next year,” the FSC said.

“We remain committed to a Code of Practice which delivers strong consumer trust and confidence in the life insurance industry.

“We have been working with consumer groups over recent months and believe our discussions will benefit from a further investment in ensuring the Code is as strong as it should be. The broad range of parties being consulted by the FSC, including consumer groups, is seeking a Code of Practice that is easy for consumers to understand and reinforces trust in the life insurance sector.” 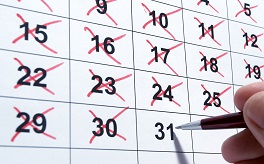