Non-aligned dealer group Synchron has appointed a new compliance manager, and is on the hunt for a general manager, as part of a years'-long plan that is intended to ensure the group's culture is maintained in the future.

The appointment is intended to help Synchron director John Prossor, who currently heads up compliance, to "slowly take a backward step" from his role.

"This will allow John to work from five days a week to four days a week and so on," Mr Trapnell said.

The group is also looking to hire a general manager, who will slowly take over Mr Trapnell's duties. The transition is expected to take place over the next five to six years.

The two directors plan to remain part of Synchron as non-executive directors.

Mr Trapnell said the years'-long transition is necessary so that the new hires "understand the way we think".

He also shut down rumours that he is planning to sell the business.

"We've created a culture where people want to be a part of our organisation. We are a family business, we are not corporatised," Mr Trapnell said.

"We don't want to lose that family feel... We looked at how Michael related to our staff and he's a good culture fit."

Synchron recently brought the number of authorised representatives in its network to 400, a new milestone for the group. Mr Trapnell said the goal now is to reach 500 in the next three years.

"We want to be the second-largest licensee [in the risk advice space]," he said. 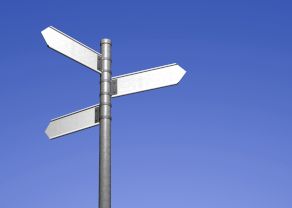