Making our employees and clients healthier Health and wellbeing programs are fast being accepted in Australia as an effective way to improve our national disease statistics as well as our productivity, with great benefits for advisers who also worry about the underinsurance problem in Australia.

According to AIA Vitality Australia’s Vitality Coach, Sasha Carey, in her Netwealth webinar titled ‘Healthy is the new wealthy’ as much as 97% of Australia’s most successful companies, now have a health and wellbeing program in their workplace.1

These programs are designed to address statistics such as those from the World Health Organisation, NCD Country Profiles 2014, which show one in four Australians are obese, one in five have raised blood pressure, one in five are still smoking and per capita, we drink 12.2 litres of pure alcohol per year.2

At a macroeconomic level, health and wellbeing issues manifest themselves in absenteeism and presenteeism statistics.

These health, presenteeism and absenteeism statistics demonstrate the costly outcomes of poor health and wellbeing, while the benefits of trying to improve and possibly reverse these lifestyle choices and their impacts on our health are impressive.

These diseases combined with respiratory disease are responsible for 63% of deaths worldwide.6

“Even more concerning than that, is that in Australia that number is high as 90%,” said Carey.6 “These behaviours also are a really direct impact to us as an insurer, AIA, and other insurers out there, and for yourselves as advisers seeing claims come through.”

Some other statistics worth noting:

Carey said healthy workers have less sick days, are more productive, have higher energy levels and motivation, get jobs done in a timelier manner, are more alert, have greater job satisfaction and a better balance in life.

How hard is it to establish a health and wellbeing program in an office?

Carey said management support, a champion of the program, a plan, promotion and review in 4- 6 weeks are the key ingredients.

Keep it simple. Ideas include:

Results will take time, but they will come. The first noticeable difference will be the lift in morale, said Carey, which usually occurs after a couple of months.

“When people start talking about improving health and wellbeing and the workplace shows an interest in how people are feeling the morale and engagement just goes through the roof.”

Over three to five years, the benefits can be more bottom line, such as a decrease in workplace injuries and associated expenses.

“Particularly worker’s compensation claims or people off for mental health issues that coincides with the decreased absenteeism and sick leave.”

Decreased levels of presenteeism and an increased return on training and development investments are also gains.

“[You] can’t deny, healthy, happy staff are pretty good for the business and if you’re not investing in your workplace, are you really doing the right thing for the bottom dollar?”

To watch or hear the full presentation, ‘Healthy is the new wealthy’ click here or you can register for the upcoming Netwealth webinar ‘How to make financial advice inclusive for the entire family ’.

Making our employees and clients healthier 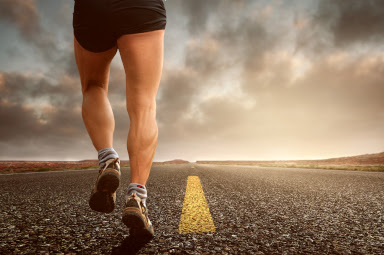 Last Updated: 01 April 2022 Published: 02 November 2017
discover
0 commentsjoin the conversation
discover
Scaled advice was designed to be simple
Leading education that grows your skills and your business The new association only formed this month. ...