The Your Future, Your Super reforms cement the government’s focus on weeding out poor behaviour from industry funds, but this could backfire if the large institutions are again allowed to run riot with fund members’ savings.

It’s no secret that the Morrison government is gunning for the industry funds. Whether you believe that’s because of some deep-seated ideological bias that causes them to froth at the mouth whenever they hear the word “union”, or because Kenneth Hayne simply gave them a free pass, is something of a moot point. The Morrison government’s crusade has caused them to lose sight of regulating the industry properly, and will inevitably come back to haunt them.

The Your Future, Your Super reforms are meant to stop super funds from spending their member’s money on box seats at the Australian Open and advertising campaigns that make big banks look bad. They’re also supposed to wipe out those funds that underperform new benchmarks. These are all mostly noble goals that aren’t necessarily reflected in the reforms themselves, which would appear to have a disproportionate focus on industry funds at the expense of their retail brethren.

Even AustralianSuper’s Ian Silk, one of the few industry fund chief executives who appears to enjoy widespread popular support, called the decision to exclude administration fees “an oversight”. Other groups have been more combative, usually to their detriment, but the government’s decision to exclude admin fees – part and parcel of the retail fund experience – from the reforms does little more than give credence to accusations that they’re in bed with the big banks and for-profit funds that were savaged by Mr Hayne.

The Morrison government appears to be working from a copy of the royal commission final report from an alternate universe where industry funds are the real dodgy operators and retail funds haven’t been robbing their members blind. That doesn’t mean nothing should be done about the influence industry funds wield, as well as their puzzling investment in loss-making ventures like The New Daily. Their crusade in favour of the increase to 12 per cent – when the Retirement Income Review (RIR) makes it clear that not only is it unnecessary, but could harm wage growth – is also a bad look, especially with the rivers of gold they’re already getting.

But the narrow-minded focus on the industry funds will be a weapon the opposition can wield against them. The royal commission was an excoriating experience for not just the big banks, but the LNP government that repeatedly voted against it. Giving dodgy funds another handout is not a road they should take again. 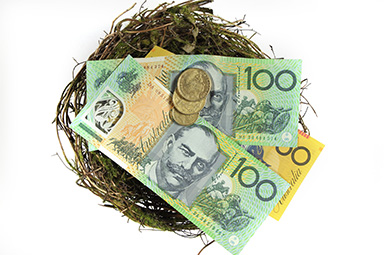