As financial advice takes another important step towards professionalism with the running of the first FASEA exam, a lack of clarity around what professionalism really means continues to plague advisers and the industry at-large.

When registrations for the first sitting of the FASEA exam closed on 31 May, Professional Planner revealed that around 600 advisers have put their hand up to become the first guinea pigs for FASEA to assess whether they are of professional competency.

Except there’s one problem. FASEA opened registrations for the adviser exam on 16 May. It only released its Code of Ethics Standard on 11 February, one of three major areas of the exam, the other two being financial advice regulatory and legal requirements and financial advice construction.

Yet existing advisers need to pass this deadline by 1 January 2021, barely 18 months from now. While this sounds like a significant enough amount of time, recognising that most of its members are mums and dads raising kids, the AFA and the FPA showed a welcome sign of unity in referring to the deadline as too tight and asked that it be extended.

Then there are the practice questions FASEA released last month. At the AFA Roadshow event in Sydney, AFA general manager for policy and professionalism Phil Anderson said it received feedback from two groups.

“The second group of concern came from specialists who said, ‘Where are these aged care questions coming from? Estate planning? Centrelink? I don't know that stuff. I don't work in that space'.”

Mr Anderson did note that FASEA said that the practice questions were not an exact replication of what the exam would be. But even if that is true, do you really think that instils any sort of confidence about the professionalism process in an adviser nervous about their future? I think not.

FASEA has been notoriously coy in the past about when and what it reveals about both the exam and the education requirements needed to continue as an adviser. So much so that, merely months ago at the ifa Business Strategy Day, AFA chief executive Philip Kewin called the disclosure of tiny details of the FASEA exam as “worth the price of admission”.

To make matters worse, these details came not from FASEA but from a financial planning academic. Surely advisers deserve better than to receive important information vital to being able to continue their career via drip feed.

Then there are the 12 standards that constitute FASEA’s Code of Ethics, of which there are more holes than you can poke a stick at, as Mr Anderson pointed out at the roadshow event.

As an example, he took issue with Standard 3, which states that “you must not advise, refer or act in any other manner where you have a conflict of interest or duty”. Were that to be interpreted to the letter, life insurance commissions or advice through managed accounts are areas where you would be in trouble.

Further, Mr Anderson points out Standard 3 also contradicts the Hayne commission where it essentially allowed for the continuation of vertical integration.

“Recommending an aligned party product is OK, but that's an explanation. The actual literal interpretation of the standard is that it's not OK,” Mr Anderson told ifa.

“To say you can just completely avoid them is not in our view practical. We wait for the guidance to make that clearer, but we can't have a code that says you can't provide life insurance advice and get paid commissions if it's legal to do that, which it is.”

It is inevitable that the industry will become a profession. That is well established. But when all is said and done, can advisers truly call themselves a ‘professional’ in the sense of having a status similar to doctors, lawyers and accountants? We still don’t really know. That is precisely the problem. 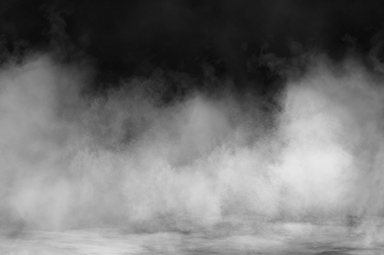