Was the royal commission a complete waste of time?

Political campaigns are being built on the rickety future of Australia’s financial services sector thanks to a year-long charade that did little more than entertain us.

Australia loves a royal commission. Absolutely loves it. Now that the year-long financial services inquiry is over, the nation has moved on to the aged care one. There have been calls for a royal commission into supermarkets and telcos.

In previous years, there have been royal commissions into the building and construction industry, HIH, drug trafficking, unions, you name it. I reckon we have a royal commission into royal commissions; the only people they seem to benefit are legal professionals and journalists.

The financial services royal commission pretty much created an industry for lawyers and news reporters over the last 12 months. I can personally attest to this: 2018 was a bumper year for news. Some Aussie media companies even launched new 24-hour finance-related news channels off the back of the Hayne saga. God knows what they’re broadcasting now.

Let’s face it – the royal commission cost the taxpayer around $70 million and was an absolute cash cow for media companies, law firms and consulting giants like the big four.

While it may have been spun as an important inquiry into naughty rich bankers, The Hayne Show was essentially the birthchild of good, old-fashioned political BS. Now that the show is over, any meaning the inquiry may have had has been handed over to our politicians, who will no doubt bugger things up along the cringe-worthy road to the federal election.

One of the biggest headline-grabbers to come out of Hayne’s final report was the recommendation to ban commission payments to mortgage brokers. Rather than the lender paying the broker, as they do now, the royal commission would like to see customers paying the broker instead.

Great. So now I need to start paying for a service that has always been free? No thanks. As a consumer, this recommendation does nothing for me. Except make it harder to get credit advice, which I probably won’t do if I have to pay for it, in which case I’ll just go direct to my bank. Nice one, Hayne.

If the government is looking to decimate a thriving industry, confuse customers, kill competition and give more power to the big four, then they should definitely implement Hayne’s recommendation.

The whole thing is madness. The royal commission has been an epic waste of time, money and anxiety. Hayne had the opportunity to recommend that vertically integrated wealth models be dismantled. Many analysts had their money on this. Alas, he sided with the banks and groups like AMP, who penned submissions outlining the many benefits to consumers if they own both product manufacturing and distribution.

Perhaps the biggest joke of all is the belief that Hayne’s effort will somehow change culture at the big end of town; that magically, through a series of embarrassing appearances in the witness stand and a few clunky recommendations, bank execs are going to start putting people before profit.

Give me a break.

The financial services industry, specifically the big banks, are no longer service businesses. They are profit centres. The focus shifted from happy customer to happy shareholder when the big American consultants came over back in the '90s and helped transform these places where you and I keep our money into sales businesses. Bob Joss and George Trumbull paved the way for the banking behemoths we have today. It’ll take more than a well-endowed regulator and a couple of recommendations to undo their good work.

We know the banks are too big to fail. The royal commission may soon prove they are also too big to change.

Was the royal commission a complete waste of time? 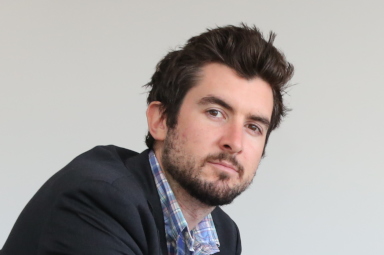