The financial services industry must heed the conclusions of the royal commission and push cultural change or risk a new raft of misguided regulations.

The royal commission’s financial advice hearings were perhaps the most significant news event to face the industry since this website was launched in 2013.

And that is saying something, given a number of major national inquiries into the industry and myriad new reforms and regulations have been implemented in that period.

Over the past two weeks, secrets have been exposed, criminal charges have been threatened, equity value has been lost and careers have been destroyed.

The industry may not ever be the same and certainly insofar as our readers will be tarred with this same brush, it could be perceived as a monumental setback.

However, ifa believes that for those advisers - the great majority of our readership - who value their independence, their fiduciary duty and a culture of customer service, the future remains bright.

The industry now needs to take the tackle, protect the ball of existing client relationships and get back on its feet in full acknowledgement of the scoreboard.

The long-term ramifications of the evidence tendered remain to be seen, and will largely depend on industry and political reactions.

But there are a few core conclusions that are already clear and could help shape the collective and individual responses.

ifa first proclaimed "game over" for institutionally-owned financial advice in late 2016, following the revelation that NAB was assisting some of its top aligned practices to get their own AFSLs. The tea leaves are even clearer with the news that the rest of Godfrey Pembroke will now seek to exit the group.

Over the past two years, monthly ASIC data has consistently demonstrated an organic migration away from the institutions - losses confirmed during the royal commission hearings.

At the royal commission, NAB chief customer officer Andrew Hagger all but admitted the jig was up for institutional financial advice, that the “risk-return equation” was no longer favourable to put it in banker weasel words.

What that means for the business models of IOOF and AMP, who have given no indication that they are exiting the financial advice business (and in the case of the former are still handing over large wads of shareholder cash to acquire licensees), is unclear.

But our readers who still operate within these institutionally-aligned structures need to seriously ask themselves whether the damage by association is worth it, whether they are just postponing painful decisions by staying put and (most importantly) whether they can actually fulfil the best interest duty in their current situation.

Leaving these groups can be difficult, especially where advisers are subject to (now widely discredited) BOLR policies and other handcuffs, but it is now a matter of ‘when, not if’ the institutions exit the advice business.

The ownership of licensees by major financial product manufacturers has been a disaster. The royal commission has been its obituary.

2. The authorised representative model is under pressure

For those ‘non-aligned’ dealer group bosses who have been enjoying the past few paragraphs the celebration will be short-lived. The royal commission has cast doubt on the effectiveness of the entire AFSL regime and with it, the business model of dealer groups.

Their lack of ability to effectively monitor advisers, eagerness to shift liability onto representatives and clients and (often) gain revenue benefits through product or technology deals that do not benefit the client have come under considerable scrutiny.

In her closing statements, counsel assisting Rowena Orr QC asked the question many commentators and practitioners have asked in recent years: is it time for the industry to move to individual licensing?

ASIC has previously indicated this would be its preference, although it lacks the resources currently for such a fragmentation. Many advice businesses have already taken the step of becoming self-licensed and increasingly it is clear this is what the future looks like - perhaps taking it a step further to individual registration akin to that of solicitors, for example.

There are many good dealer groups out there who genuinely care about their advisers’ clients. But they only exist because of legislation, not natural market demand, and they should not be a protected species.

They need to pivot to become training, consulting and AFSL support providers or risk extinction. The royal commission has hastened this trend.

Individual licensing licensing may be the future, but as the unfortunate case of Sam Henderson reminds us, it is fraught with risks of its own.

The practices who choose to get their own AFSL, thereby forgoing the conflicts inherent in the dealer model, face undeniably heightened risks and visibility to ASIC.

This is a good thing, if they are doing the right thing.

The rise of managed accounts has brought many benefits to clients and practices alike, and innovation of this kind should be embraced.

But if an ‘independent’ (and I use the term in the broad rather than strict legal sense) wants to start acting like an institution, and prioritising its own revenue over the wellbeing of its clients then it deserves the admonishment that comes with that.

Self-licensed firms would do well to keep Henderson Maxwell in mind always and act with the ethics and integrity that should come along with a philosophy of independence.

4. The associations need to make a difficult choice

Many assumed the associations would appear at the hearings as expert witnesses, but ifa was not surprised to see their own conduct come into question.

As this publication has consistently called out, for the past few years the AFA and FPA have sought to market themselves as quasi-regulatory “professional associations”, hungry for the dangled carrot of mandatory membership and code monitoring authority.

But the royal commission has confirmed they lack the power and confidence to execute this vision of a “dual purpose”. Their responses to the question of an “inherent conflict” in their approach were weak and unconvincing.

Moreover, they have been much too silent on the misconduct of the institutions with whom they are much too friendly.

Following this public humiliation, and the member angst of recent months, the associations need to decide once and for all where they stand and whether their job is to represent advisers or regulate them.

If they continue to choose the latter, their future is not assured.

5. The government’s mandatory education regime is baseless and should be repealed

For those that oppose the government’s mandatory education regime, the last two weeks has offered a silver lining.

Despite the testimony of ASIC’s Peter Kell that low professional standards are a contributor to misconduct - a charge mirrored by the federal government and the FPA and AFA - the royal commission has painted a very different picture.

Not a single case of misconduct identified over the past two weeks can be seen to be causally related to a lack of education.

To the contrary, some of the most heinous cases have involved the most educated, with a number of Certified Financial Planners named, not to mention the allegations against AMP’s in-house legal team and partners at Clayton Utz (some of the country’s most educated business figures).

The evidence has exposed what this column has long argued - that the focus on individual education is simply a bandaid solution aimed at diverting attention from the real problem: conflicted business models, criminal instructions by senior leadership and the crony capitalism implicit in compulsory superannuation.

The royal commission has ensured the diversionary tactic has failed.

As such, FASEA should be disbanded and the government should change its focus to addressing systemic conflicts rather than forcing small businesspeople to go back to school.

6. Overzealous new regulations favour the bad guys and must be avoided

Most of our readers have always done the right thing. They are in business to serve their clients, not use them as vehicles for disposable income. They are dismayed at the evidence presented and worried about being guilty by association.

But others have known about these crimes, turned a blind eye to them or even directly benefited from their practice.

Every single registered adviser needs to ensure they are doing what they can to repair the reputation - assisting with financial literacy efforts and pro bono initiatives and most importantly, treating every single client with the respect they deserve.

Judging by recent history, there is a very strong chance that the royal commission will lead to new regulations and red tape.

The optics of this approach for politicians is just too easy. But those that understand economics need to be vocal in opposing it.

More red tape only favours the incumbents, who can spare shareholder money on fancy law firms that are expert at hiding things under the rug (or have been until now).

The industry needs more entrants, more independents and more people of good character, not more criminals with MBAs and LLBs.

Extra regulation will hinder the ability for a more independent and client-centric profession to emerge, instead only entrenching the status quo and providing a photo op for government hacks.

The industry will not have many powerful friends on the road ahead. Politicians and are nervous about their own involvement in the grubby mess, and even the adviser associations are not sure whose side they are on.

This publication has not shied away from frank and fearless coverage of the problem.

But for what it’s worth, ifa will stand by readers as they put the commission behind them and rebuild into a more independently-minded, innovative and client-centric community in the public interest. 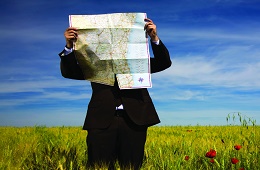