If you’re ever thinking about breaking the law, you better hope Rowena Orr is not prosecuting.

The young QC assisting the Royal Commission into Misconduct in the Banking, Superannuation and Financial Services Industry has provided some riveting reality television so far, systematically laying out the case against the banks as lending execs visibly squirm in their seats.

The hearings so far have not wasted any time with small talk – perhaps thankfully, given the $75 million taxpayer price tag – and Ms Orr and her colleagues have put forward allegations of behaviour more befitting Chicago mafia families than respected Australian financial institutions.

In just a few short weeks, commissioner Kenneth Hayne has heard about bribes offered and accepted, crime syndicates formed and documents forged, painting a sinister picture that more than justifies the need for the inquiry in the first place.

And yet, while this spectacle unfolds to the disgust of Australian consumers, what is the issue that the lobby group representing banks thinks is worthy of media attention?

Education of financial advisers, of course.

On 21 March, the Australian Banking Association issued a statement weighing in on FASEA’s release that morning of fresh guidance on the mandatory professional standards regime for financial advisers.

The statement welcomed the announcement as “good news for customers” and signals the advice industry will now operate with “respect, trust and responsibility”.

Now, as a major employer and licensee of financial advisers of course the banks have a right to add to the conversation.

But at a time when their senior executives – all of whom have fancy degrees from fancy universities, it should be added – are being accused of heinous criminal behaviour, the decision to publicly endorse FASEA’s work is tone deaf at best or more likely a deliberate attempt to distract the media and consumers from the main show.

Well, ifa is not taking the bait.

Do you know what would be “good news for customers”?

Not hiding your ownership of AFSLs on page 50 of a Financial Services Guide.

Not money laundering on a major scale.

Not accepting bribes from criminal syndicates.

But the statement doesn't just smack of a desperate and tasteless media strategy. It also demonstrates the problem at the heart of the government’s education regime.

“It is important to remember why these reforms are necessary – repeated instances of inappropriate or just plain bad advice has significantly eroded trust and confidence in the financial advice sector,” she said.

There is no doubt the latter has occurred and this publication has been at the forefront of holding rogue advisers to account.

But the logic in that sentence is fundamentally flawed. I would challenge Ms O’Dwyer to highlight a single case of “inappropriate or just plain bad advice” that has been causally related to a lack of education.

In most cases, and as the royal commission hearings thus far have shown, that bad advice was provided on the instruction or urging of a licensee or owner whose business mission was only ever to expand the precious pool of funds under management.

In other cases, the advice was provided by individuals who were simply immoral people and lack compassion and regard for others, instead motivated only by their own greed.

That’s why, you might say, the government has wisely now announced that all advisers will need to study FASEA’s shiny new code of ethics.

Yes, having an ethical framework is a good thing. But if you have reached adulthood and you don’t have that yet, then I think it is frankly too late.

Ethics are learnt in the home, not in government-mandated bridging courses.

Moreover, the suggestion that undertaking such a course will make a meaningful difference to the problems the royal commission is busy bringing to light is misleading and deceptive.

The argument initiated by the government and echoed by the ABA (or was it the other way around?) is deliberately trying to convince voters that a Band-Aid is a cure.

We will be watching closely as Ms Orr’s questions continue to highlight just how ‘ethical’ that education has been. 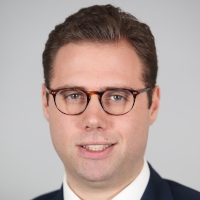