The government has announced its choice for the next ASIC chair. Let’s hope he does a better job than Greg Medcraft.

Minister for Revenue and Financial Services Kelly O’Dwyer has this morning announced that former Harvard academic and Hong Kong regulator James Shipton will fill Greg Medcraft’s shoes as the next corporate watchdog.

From the perspective of financial advisers, he couldn’t do much worse than his predecessor.

To some extent, animosity between a government regulator and the businesses it oversees is inevitable. But even by the normal levels of suspicion and distrust between government and business that exist anywhere in the democratic world, Greg Medcraft’s tenure as ASIC chairman has been particularly acrimonious.

While there are several examples providing evidence of Mr Medcraft’s disdain for those he is tasked with monitoring, two occasions stand out.

The first was his address to the National Press Club in 2014, when he went off on a strange and unprofessional spray about Australia’s financial advisers.

Now, as the country’s chief regulator it makes sense that Mr Medcraft would have a low opinion of the crooks and sharks on the periphery of the industry that give the others a bad name.

ifa dislikes them too and has consistently called out unethical behaviour at the individual level (exposing ourselves to sometimes vicious private and public trolling in the process).

But Mr Medcraft didn’t confine his comments to the criminals and no-goodniks.

Instead, he seemed to rant about the entire profession to an audience of influential journalists and policymakers in the nation’s capital, thereby fuelling an unjustified negative perception of an important Australian business sector.

Moreover, his continual focus on individual practitioners at the SME level allowed the real crooks in skyscraper boardrooms to continue screwing over Australia’s consumers under his watch – something for which the federal Senate eventually took him and his organisation to task.

The second event – one Mr Medcraft no doubt wishes he could take back – was his unconscionable appearance alongside ousted CPA Australia boss Alex Malley to launch the association’s troubled dealer group business.

In hindsight, the image of Australia’s top corporate watchdog launching a business that has ultimately been found by independent reviewers to be plagued by conflicts of interest and governance issues is so unbelievably inappropriate and unfortunate that you don’t know whether to laugh or cry about it.

But putting the specifics of the CPA saga to one side, the regulator should not be involved in launching any corporate entity, whether it becomes a success or a monumental failure.

His decision to take part in the event demonstrated incredibly poor judgment at best, if not outright collusion at worst.

So what was it that made him do it? Why did he think CPA Australia Advice was worthy of his personal and professional endorsement?

Perhaps he believes accountants are better placed to service Australia’s consumers than financial advisers are, given their traditionally higher levels of formal education.

Perhaps he was led astray, talked into it by the ego-driven and persuasive Mr Malley.

Or perhaps he was just looking after his mates, such as former CPA president Tyrone Carlin, who was seen chatting amicably with the ASIC boss at a recent US Studies Centre event in Circular Quay.

It was probably a mixture of all of these factors and possibly others, both benign and sinister.

But whatever the reasons, this event significantly hindered Mr Medcraft’s impartiality and tarnished the organisation he leads.

Maybe it makes sense that a former Wall Street banker should be detached from the everyday reality of small business, more comfortable hobnobbing with academics and lobbyists and societal elites.

On that note it is hard to imagine that an Ivy League professor who has also spent time on Wall Street will display any more understanding of or compassion for SMEs, but we will of course reserve judgment on Mr Shipton until he has shown his mettle.

As an individual, Mr Medcraft has every right to harbour whatever negative prejudice against financial advisers he likes, however unwarranted.

But as chairman of Australia’s corporate regulator, he should treat all corporate entities equally or go back to the world of investment banking where he can pick winners and losers of his choosing.

Before you pop the champagne, there are rumours Mr Medcraft will take up a senior position with the OECD in Paris, indicating that unethical behaviour is grounds for overseas promotion (a great message for the kids).

I hope small business owners across the 35 member states are ready for the ride. 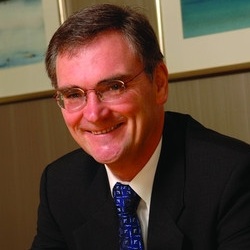