The regulator’s crackdown on non-aligned and independently-owned advisers is a win for the institutions, not consumers.

At a press conference at the Sydney Hilton some years ago, I asked Greg Medcraft why the regulator was not doing more to address vertical integration in the financial institutions and whether he accepted that ASIC’s focus on the IFA space was reducing choice in the market.

I was told that aiding competition is “not ASIC’s brief”.

With its announcement today that it is cracking down on what it sees as misuse of the terms ‘independently-owned’ and ‘non-aligned’, ASIC has categorically proven that is the case.

Putting aside the absurdity of advisers being lectured to on conflicts of interest by an organisation that thought it was appropriate for its boss to launch CPA Australia Advice, ASIC’s clarification on this issue is counter-productive and will actually harm consumers.

The terms ‘non-aligned’ and ‘independently-owned’ have long been the only tools available to advisers to explain to consumers they are not tarnished by licensing or ownership ties to the big end of town.

By restricting their use only to those truly independent advisers who comply with s923A of the Corporations Act (i.e. no insurance commissions etc), ASIC is seeking to make these terms redundant and make the consumer believe there is no meaningful difference between those advisers that are aligned to institutions and those that are not.

These advisers have all made sacrifices in the consumer interest. They have turned down cheques from the institutional dealer groups that would have turned them into financial product salesmen. They have gone through the difficult process of obtaining a licence or paid significantly more in dealer fees to join a network that provided greater choice and APL flexibility.

They have earned the use of these terms by taking a more difficult route that is better for consumers.

By attempting to take these terms away from them, ASIC is inadvertently (or perhaps even deliberately) doing the bidding of the institutions under the guise of consumer protection.

By reducing the incentives for advisers to leave the institutionally-aligned groups, and removing the ability for non-aligned advisers to distinguish themselves, it has helped prop up the most conflicted model in the market that has created the most consumer harm.

Insofar as this foolish decision thwarts the growth of the IFA movement (which has grown substantially in recent years), then the regulator will have actively contributed to a less competitive industry with fewer choices open to consumers.

Not only will it potentially hinder competition, but it is all based on a dubious interpretation of language.

ifa has immense respect for those independent advisers who have gone the extra mile and complied with s923A. They should rightly be recognised as being more conflict-free than others and it is arguably fair that they alone are allowed to use this term.

Regardless of ASIC’s misguided clarification on this topic, ifa will continue to champion the growth of a broad non-institutional movement that includes both independent advisers and those that do not meet this narrow definition.

We will be celebrating this movement and its growth at Australia’s very first IFA Convention this September. Perhaps an ASIC official may like to join us to explain in person why they regard competition to be unimportant and why they are so eager to antagonise this vibrant small business community.

This is not the first time the regulator has made a decision that has directly mirrored the lobbying activity of the banks. 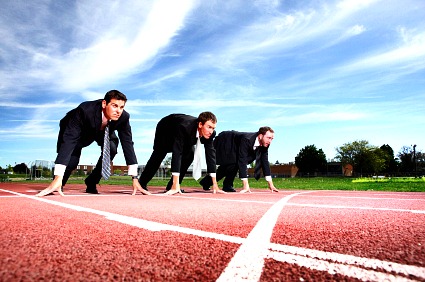