‘Engage and enrage’: AIOFP calls to unite advice industry ahead of election

The Association of Independently Owned Financial Professionals (AIOFP) has announced a new “engage and enrage” campaign in the lead-up to the federal election.

On Monday (10 January), AIOFP executive director Peter Johnston called on financial advisers across Australia to put aside political differences in a bid to unite and incite change within the sector.

Mr Johnston said advisers have suffered “the most sustained, vicious and inequitable political attack” by the current government over the last seven years and that the industry must seek amendments to the many changes introduced to the industry pre-election.

“The AIOFP is embarking on a political strategy to not only protect the current rights of the financial advice industry and their clients but seek amendments to current legislation to make life easier for advisers and consumers,” a statement released on Monday (10 January) read.

“Our political campaign is heavily reliant upon advisers becoming ENRAGED with what has happened to them over the past seven years and then ENGAGING their clients to understand why their fees have escalated, what the banks are trying to do to advice delivery and what this government is doing to advisers and small business in general.”

The AIOFP has outlined five amendments as part of the new strategy, including:

Mr Johnston added: “As recent events have demonstrated, the political window of opportunity to force change is well and truly open with a maximum of five months before the election.

“This is the ‘business end’ of the cycle where deals are done and self-interest is rife, it is no time to pull any punches around the facts and what we want.”

In December, the Labor Party promised to significantly ease the education requirements on existing advisers by axing the need for experienced advisers to return to university that received mixed reactions by the industry.

Readers of the ifa have referred to Labor’s proposal as both “ridiculous” and “sensible”, but the Stockbrokers and Financial Advisers Association (SAFAA) applauded the move with chief executive Judith Fox calling it “good policy”.

‘Engage and enrage’: AIOFP calls to unite advice industry ahead of election 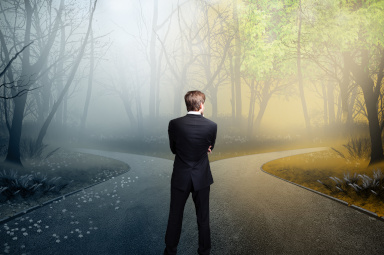