The head of an industry group has called on the government to take action ahead of the review.

Following the release of a joint Quality of Advice Review (QAR) submission this week, The Advisers Association (TAA) CEO Neil Macdonald said the group’s biggest concern from the upcoming review is that financial planning is finally recognised as a profession.

TAA featured in the Joint Associations Working Group (JAWG) submission – made up of 11 other key associations such as the FPA, AFA and FSC - called for a more consumer-focused regulatory approach, reduced costs and a better recognition of professional judgement for financial advisers.

“We believe that the financial planning community has done more than should be required in order to be recognised as a profession,” Mr Macdonald said in a new statement.

“Since the Future of Financial Advice reforms came in, we've done everything the government asked us to do. We now have a code of ethics, we have a best interests duty, we have high minimum education standards, we have a dispute resolutions system. It’s time to respect the financial planning profession as a profession.”

“No other profession has the regulatory baggage we have to deal with, so let’s do away with some of it. As a starting point, let’s have letters of advice replace statements of advice, where appropriate.”

Mr Macdonald also noted the JAWG’s successful collaboration on the joint submission, which he said the TAA has pushed for since last year, applauding the groups' coming together for the "common good".

“Working together on the joint submission demonstrates that we not only have a spirit of cooperation from our fellow associations, but we can translate that spirit into tangible action," he said.

“The process revealed our collective willingness to work together, while respecting that we have different perspectives.

“Importantly, what it revealed was that we all genuinely want a thriving, sustainable profession that improves financial outcomes for Australians.”

A number of industry groups have already issued their QAR submissions to Treasury in recent weeks, including some of those featured in the JAWG such as the the FPA, AFA and SIAA, as well as ClearView.

The QAR, to be conducted by Allens Partner Michelle Levy, will be provided to the government by 16 December this year.

“These reforms will be taken into consideration as part of the regulatory framework that specifically applies to financial advice,” Ms Levy said at the time.

“However, the review will not be undertaking a detailed analysis of the operation of these reforms.” 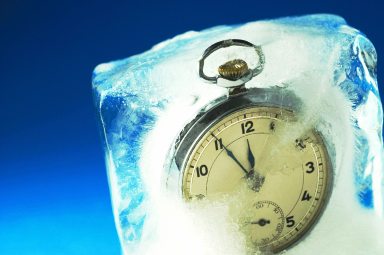