An industry figure has called for a regulatory framework that not only supports financial advisers, but encourages their knowledge sharing and different advice models.

Nigel Baker, adviser and founder of digital advice solution Scientiam, has called for advisers to lead the discussion about the future and regulation of the industry.

Particularly with the upcoming Quality of Advice Review (QAR) in December, Mr Baker said advisers “need to ensure their voice is heard” and that they’ve “never been in a stronger position to positively influence public policy”.

“They must play a key role in educating regulators and policymakers, setting the agenda and proposing sensible solutions,” Mr Baker wrote in a new opinion piece published on ifa.

“They must be vocal about the work they do to help their clients plan for the future, manage and protect their wealth, and achieve their goals.”

To do this, Mr Baker has advocated that advisers submit a “considered, fact-based submission” to the (QAR) directly or in collaboration with a professional association.

“Most advisers are motivated by a genuine desire to help people; all people not just the wealthy,” Mr Baker wrote.

“But the current regulatory regime makes it difficult, if not impossible, to profitably service people with relatively simple needs at an affordable price point.”

It continued: “If advisers want to help more people, they must take the lead in showing the government and regulators how quality advice can be delivered differently. They must build advice models and solutions that meet the needs of consumers.”

Mr Baker’s comments come after the Association of Financial Advisers (AFA) reiterated its belief that only after the QAR is released this year that any major changes will be announced for the industry.

Despite the federal election going ahead in just a few weeks, the industry body said “with few new policy announcements on financial advice, it is evident that both sides of politics are awaiting the recommendations of the QAR”.

“The reality is that with an absence of key policy announcements emerging during the election campaign, the QAR must be our biggest hope of addressing the current issues in financial advice,” the AFA said. 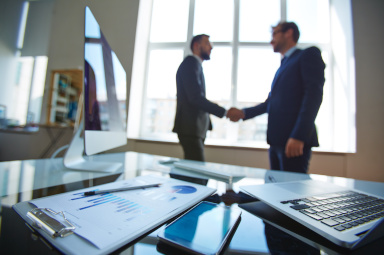