The review is set to be released in December.

The Association of Financial Advisers (AFA) has reiterated its belief that only after the Quality of Advice Review (QAR) is released this year that any major changes will be announced for the industry.

Despite the federal election going ahead in just a few weeks, the industry body said “with few new policy announcements on financial advice, it is evident that both sides of politics are awaiting the recommendations of the QAR”.

“At the AFA, we have been very focused on the QAR,” it said in a statement on Friday, 13 May.

“We have been participating with other associations in looking at the key objectives and identifying the recommendations that we can all get behind. We have also been talking to licensees to seek their input on the best solutions.”

AFA CEO Phil Anderson recently hosted a webinar where he outlined the association’s four key objectives for the QAR, including to reduce complexity, reduce the cost of advice, improve client centricity and ensure financial advice is a sustainable profession.

A poll asked during the webinar revealed a mixed result about expectations for what the QAR will deliver for the industry, with as many optimistic as pessimistic.

“The reality is that with an absence of key policy announcements emerging during the election campaign, the QAR must be our biggest hope of addressing the current issues in financial advice,” the AFA said.

In the same webinar, Mr Anderson said the QAR also has an opportunity to address the key issue of the declining number of advisers.

“We need to make sure that we have a focus on retaining as many of the existing advisers who are considering their future," Mr Anderson said.

“But we also need to make sure that we have a steady flow of new advisers coming in to the advice profession so that we can start to rebuild adviser numbers.” 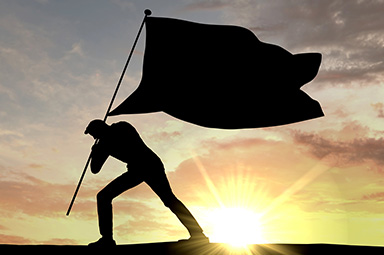