2 in 5 Australians say financial advice is not affordable

A new report has revealed that two in five Australians believe financial advice is out of affordable reach while the number of people relying on professional advice has dropped significantly.

Research firm Investment Trends’ new study notes that an estimated 1.8 million Australians use financial advice, however this figure has fallen at a rate of 100,000 since 2020.

The report states that perceived high costs and lack of investible funds are the biggest barriers for people seeking professional advice with an estimated 12.6 million (61 per cent) Australians having unmet advice needs.

In fact, more Australians are reaching out to their super fund for advice. In the last year alone, around 1.5 million Australians have engaged with a super fund representative with additional super contributions and changing investment options the most common inquiries.

However, Investment Trends’ research shows that there is reason to be optimistic as Australia emerges from the COVID-19 pandemic, with an estimated 3.2 million individuals open to engaging with a financial adviser in the next two years.

“The pandemic has prompted many to consider their financial situation and many Australians are now looking to expedite their decision to seek or consider advice options,” Investment Trends’ associate research director Kurt Mayell said.

“Over the next two years, there is likely to be significant demand for advice in areas such as tax reduction strategies, capital preservation, and ESG investing.”

Individuals who did engage with an adviser in the last 12 months have seen the benefits and 75 per cent intend to continue their existing adviser relationship; an increase from the 62 per cent reported in 2020.

Meanwhile the average portfolio of advised clients in the last year has grown by $140,000.

“Honesty and integrity are key considerations that new advised clients look for when selecting an adviser by a significant margin, followed by independence,” Mr Mayell said.

On a recent episode of the ifa Show, Midwinter chief commercial officer Steve Davison said it is a fact that some people don’t engage with advisers because they think financial advice is too expensive.

2 in 5 Australians say financial advice is not affordable 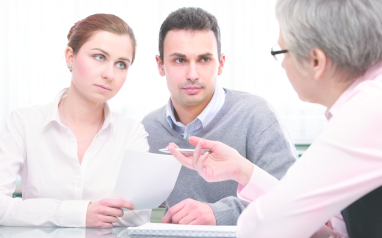