The standards authority is pulling out all the stops to get as many advisers to pass the industry exam as possible by end of year, unveiling a new feedback system and one-to-one coaching for advisers who have failed multiple times.

FASEA chief executive Stephen Glenfield told ifa the authority “does not have an interest in making people fail” and had taken on feedback from advisers struggling with the pressures of a full-length academic exam in some cases for the first time.

“The more advisers get through the better - it's better for the advice industry if you have people who have demonstrated they know what they’re doing,” Mr Glenfield said.

“The feedback we’ve been getting from people who haven’t done an exam is around how do I prepare, what resources should I use, what’s it going to look like. It’s an exam competent advisers can pass, so we’re wanting to encourage them to do it because those that are turning up are doing really well.”

Mr Glenfield said based on current registration numbers, FASEA expected that over 60 per cent of advisers on the ASIC register would have passed the exam by the end of the first quarter of 2021.

“As of the end of November there were close to 11,250 that had passed, and the pass rate was about 89%. Over 1000 sat in January whose results are being marked, and we have over 2000 registered for March, with registrations still open until 5 March.

“Based on past performance, about two thirds of the FAR will be through by the end of the March exam, which is looking really positive.”

Mr Glenfield said FASEA had also taken on board industry feedback that guidance given to failing advisers around their results had been too vague, and had so far contacted more than 70 re-sitters to provide personalised exam coaching.

“We’ve been trying to reach out and talk to them about how they are going about the exam and try to work out is there something that is proving a barrier for them,” he said.

“We’re constrained by how many we can [assist] but we’ve reached out to over 70 already, so we are trying to help where we can.

In terms of the feedback we’ve had a look at that. There’s three main areas in the exam - legal requirements, ethics and client behaviour and if you haven't passed you get told which of those three areas you are underperforming. With people who don't pass it tends to be across all three, so they have read that [feedback] as not as deep as they would like.

Mr Glenfield said for those that had sat the exam from January 2021 onward, more granular feedback would now be provided.

“For those that are unsuccessful, it will delve deeper within each of those areas and say these are the parts you need to work on. We had to design a program around that and it took some time, but it will be there for January [sitters],” he said.

However, he added the vast majority of advisers had nothing to be concerned about and those that hadn’t attempted the exam yet should do so as soon as possible, with only a handful of sittings left before the new compliance deadline of 1 January 2022.

“The focus tends to go onto those who weren’t successful, but nine out of 10 advisers are getting through. We are trying to help those who have been unsuccessful as much as we can, but for most people you are not going to need that,” Mr Glenfield said. 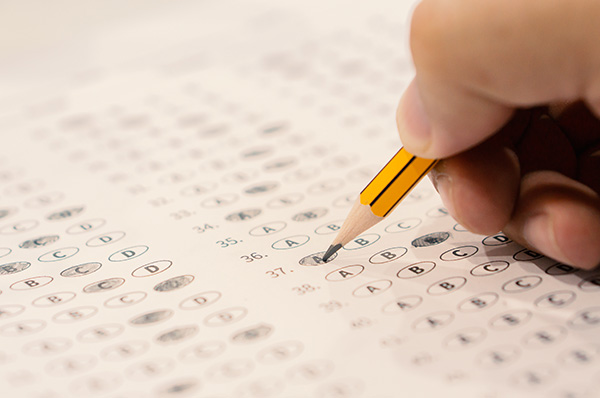