Westpac has announced it will be leaving its financial advice business, with the chief executive saying it reflects a trend by advisers to operate independently.

In an announcement to the ASX, Westpac said it will exit face-to-face financial advice in BT Financial Group, moving the businesses into the consumer and business divisions.

Part of the exit from advice will see Viridian Advisory offer employment to around 175 BT Financial Advice (BTFA) salaried advisers and other management and support staff.

Viridian Advisory will also commence supporting many ongoing advice customers who consent to transition from the anticipated completion date of 30 June 2019.

In addition, BT licensees currently operating under the Securitor and Magnitude brands will be assisted with different options, including self-licensing or moving to another licensee, which may include Viridian Advisory.

“The decision to exit the provision of personal financial advice by financial advisers under our licence has not been taken lightly, and our priority is to ensure the smoothest possible transition for customers, advisers and support staff,” Mr Hartzer said.

Westpac said it is on track to complete its customer remediation programs in relation to ongoing advice fees for customers of its salaried advisers by fourth quarter 2019.

Further, it said it is continuing to work through its remediation approach for authorised representatives, and that, as part of the change, responsibility for BT remediation programs will move to Westpac chief operating officer Gary Thursby.

Mr Hartzer said BT chief executive Brad Cooper will stay on to ensure the successful transition of BT’s businesses into their new divisions, following which Mr Cooper has indicated that he will leave to seek a new leadership role outside of BT.

“Brad is a highly-regarded executive, whose contribution to the group over the past 12 years spans roles including CEO of Westpac New Zealand, leading the transformation and integration of the St George merger and chief executive of BT Financial Group,” Mr Hartzer said.

“I am grateful for his support over the past seven years and appreciate his leadership in designing the way forward for wealth, as well as staying on to assist in a smooth transition for customers and staff.”

Mr Hartzer said that under Mr Cooper’s leadership, BT has consistently moved ahead of the industry on reform, including removing grandfathered commissions and introducing the first transparent system where customers can rate their adviser.

“Brad has set the group up for further commercial success with our open architecture wealth platform, BT Panorama, which is rapidly attracting advisers and growing FUA – with more than $16 billion now under administration,” he said.

Westpac said the changes announced today are expected to be earnings-per-share positive in 2020 due to exiting a high cost, loss-making business.

The one-off impacts from the transaction and implementation will be spread over FY19 and FY20, with initial estimates including one off costs of between $250 and $300 million, it said. Proceeds from the sale will depend on the size of the business that transitions to Viridian Advisory.

Westpac added that exiting the advice business and moving its wealth businesses into the consumer and the business divisions will result in:

The divisional changes will be effective from 1 April 2019 and will not be reflected in Westpac’s 1H19 results.

Outside of BT Financial Group and financial advice, Westpac’s private wealth, platforms and investments, and superannuation businesses will move into an expanded business division, while the insurance business will move into the consumer division.

Mr Hartzer said it is re-aligning its capabilities into the lines of business where it makes most sense based on customer needs.

“Most customers don’t differentiate between banking and wealth products; they want help buying their home, paying their bills, planning for retirement, or protecting the things that matter most to them. They expect professional service that meets their financial needs,” Mr Hartzer said.

“Moving private wealth into the business division recognises that many of our high-net-worth customers have their own businesses or work for many of the companies we bank. Following our significant investment in Panorama and the launch of BT Open Services, we now have market leading platforms where the natural customer base is also primarily found in our business division.

“Similarly, superannuation – including corporate superannuation, and support for SMSFs – is strongly linked to our business division.”

In addition, Mr Hartzer said the move of insurance into consumer will make it easier to meet the insurance needs of its retail customers and deliver a better and more integrated experience for customers as well as simplifying Westpac’s structure.

“These changes allow us to focus investment in areas where we have a competitive advantage, such as platforms and insurance. It also follows previous strategic decisions the group has made about how it operates in wealth, including its decision to divest or sell-down its asset management businesses (BTIM – now Pendal, Hastings, and Ascalon), as well as partnering with Allianz to provide certain insurance products,” Mr Hartzer said. 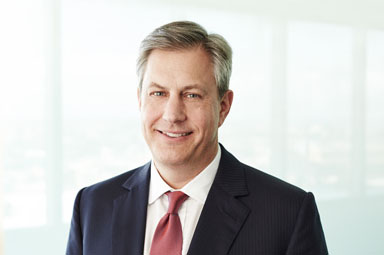