***Updated***The FPA is yet to publicly respond to the government’s latest update on the mandatory education standards, as the role of its CFP designation under the new regime remains unclear.

At the time of writing, more than 48 hours after the new guidance was placed up on the FASEA website for consultation, the FPA still had not issued a public or media statement in response.

While ifa understands the association did issue a private communication to members acknowledging the release of the guidance, it did not outline the FPA's substantive position, opinion or next steps.

The deafening silence comes despite several requests for comment from ifa and statements issued on the topic by rival associations, such as the AFA and SMSFA. It also deviates from past FPA press release activity following a federal government announcement of relevance to financial advisers.

The latest FASEA update did not specifically mention the Certified Financial Planner (CFP) or any other professional designations or the possibility of these courses being utilised by existing advisers as bridging courses under the new regime.

However, in his recent interview with ifa, FPA chair Neil Kendall said it was “inconceivable" that FASEA would not acknowledge the CFP as a suitable option.

“It's almost 100 per cent that this is going to be an approved bridging course, so degree-qualified advisers that need to do a bridging course, this may well be their preferred option,” Mr Kendall said.

“Now, we don't know, so there's always doubt, but I think common sense, and if we were relying purely on common sense, it's easy.”

Mr Kendall said the FPA expected it would be able to announce to members that the CFP is an approved bridging course to the FASEA requirements following the release of the next wave of guidance.

The chair’s comments seem to contradict those of FASEA chief executive – and former FPA employee – Deen Sanders, who has previously said the government does not recognise professional designations as qualifications.

In response to questions from ifa, Dr Sanders reiterated FASEA’s position while speaking on a panel at the ASIC annual forum in Sydney earlier this week.

“I’m a big believer in professional designations [but] that doesn’t mean that they’re qualifications,” he said.

“The law does not allow professional designations to be equated to qualifications, they’re simply not the same thing, and I think that they should be different. In fact, I think that’s the beauty of them, that they’re quite different.”

Yesterday, fellow industry association the AFA issued its response to the updated guidance, outlining a number of changes it intends to advocate for, including specific education pathways for specialists such as risk advisers and better options for older advisers to encourage them to stay within the industry.

Clarification: A previous version of this article mistakenly referred to the FPA not having issued a "member communication". The article has subsequently been amended to make clear that a member communication was in fact distributed but it said very little. 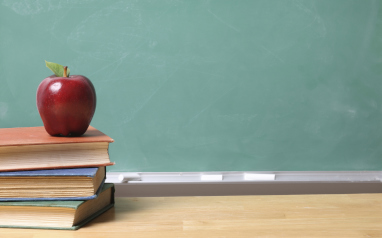