Professional designations and CPD are inherently valuable even though they don’t qualify as an approved degree for the purposes of the incoming education standards, according to FASEA.

Speaking at the SMSF Association National Conference in Sydney, FASEA chief executive Deen Sanders said education is always useful and powerful, regardless of where that education came from.

“I want to be very clear – education, no matter what you’ve done, or where it’s come from, is never a waste,” he said.

“I’m not saying you always get the full value out of it, that’s a different thing, but it would be wrong and dismissive to say that because you spent time getting a specialist certification or a professional designation, that it was a waste of time.

“I hear that argument and it’s a great shame because it’s never a waste of time.”

“It’s not the same thing as a qualification as the law makes unfortunately very clear, and we need to apply the law in a very specific way so we can deliver on the community expectations.”

Likewise, an advisers’ years of experience are not a sufficient replacement for a qualification, Dr Sanders said.

“57 years’ experience does not mean you’re qualified, it means you are deeply wise and experienced, but it’s not the same thing as qualified,” he said.

“That doesn’t mean it should be discounted, in fact it should be recognised and valued, deeply valued, by you and by your colleagues, and by the community, but it isn’t the same thing as qualified.”

Dr Sanders did, however, specify that both an adviser’s designations and years of experience should count towards meeting the education requirement, adding that some universities will recognise the value of decades working in the industry and provide course credits accordingly.

“This memorandum provides, pretty clearly, that a designation in and of itself is not sufficient, the length of time that an adviser has been in the industry is not itself a relevant consideration,” he said.

“That doesn’t mean they don’t contribute, but by themselves they are not answers.”

Dr Sanders also used the speech to provide commentary on the proposed ‘10-year rule’, specifying it is not a FASEA policy but is being considered as a measure of relevance for degrees.

The FPA-run CFP program saw 101 new advisers join its ranks in 2017, according to a recent statement from the FPA on the global growth of CFP take-up. 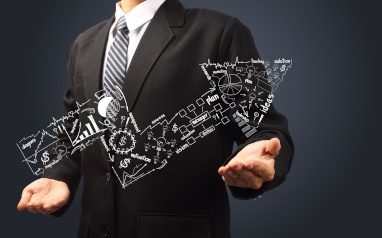